10th Anniversary of the Journal of Civil Law Studies

On the occasion of the 10th anniversary of the Journal of Civil Law Studies (JCLS), the Center of Civil Law Studies hosted the first JCLS Annual Event. Professor Olivier Moréteau (editor-in-chief) and visiting professor Agustín Parise (executive editor), co-founders of the JCLS in 2008, presented a decade of civil law scholarship that the JCLS has offered Louisiana and the world in the form of a duet, showing how a dream came true. Volume 10, now online, was presented.

For the first time in the Journal’s history, two awards where presented, to contributing students for the best essay and the best case note. Derek Warden (JD/DCL 2016) received the Russell B. Long Chair Best Essay Award for Secundum Civilis: The Constitution as an Elightenment Code, published in Volume 8 No. 2 (2015). Tiffany Bush (JD/DCL 2016) received the the Russell B. Long Chair Best Case Note Award for her case note on the Louisiana same-sex marriage and adoption case Costanza and Brewer v. Caldwell, published in Volume 8 No. 1 (2015). The awards were granted in the presence of family members of the donor, the late U.S. Senator Russell B. Long: his daughter Kay Long and grandson Russell Mosely who attended the whole event.

CCLS Director Olivier Moréteau also presented a tribute to the Professor Emeritus Robert Pascal (2015-2018), announcing the publication in print of Robert Anthony Pascal, A Priest of Right Order (Claitor’s 2018), which contains a Recollectioon of a Life Studying and Teaching Law.

Participants were then invited to a wine and cheese reception. 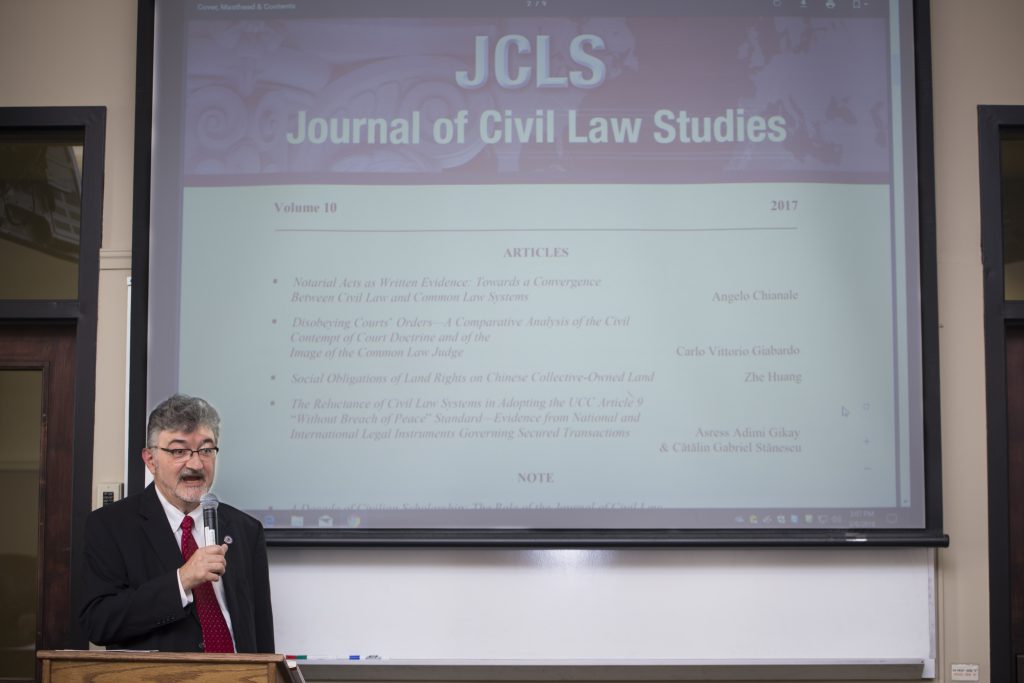 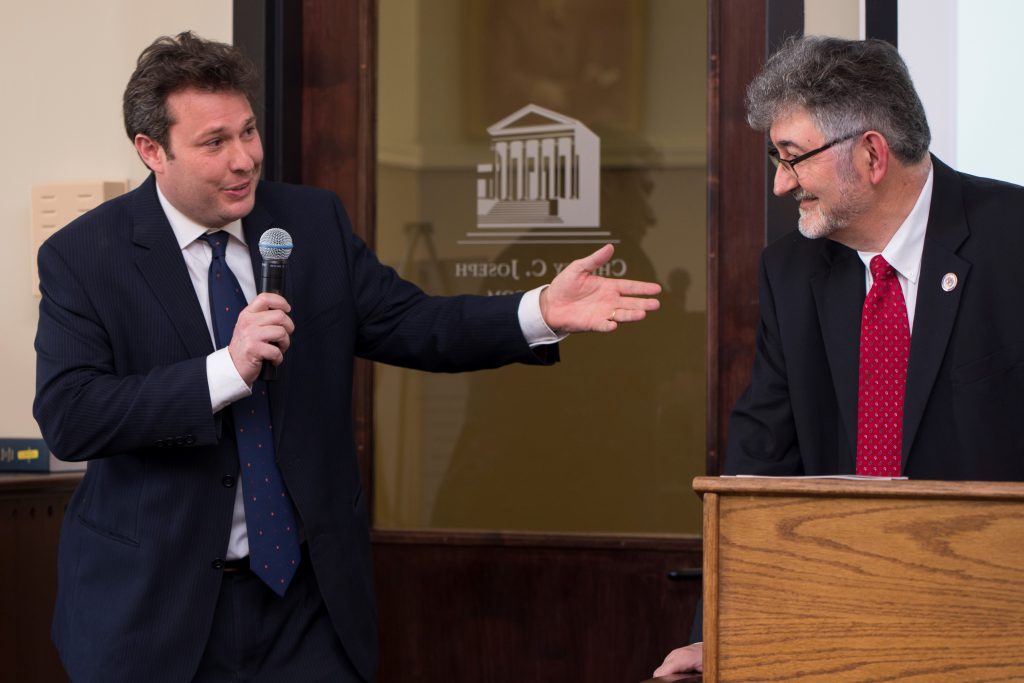 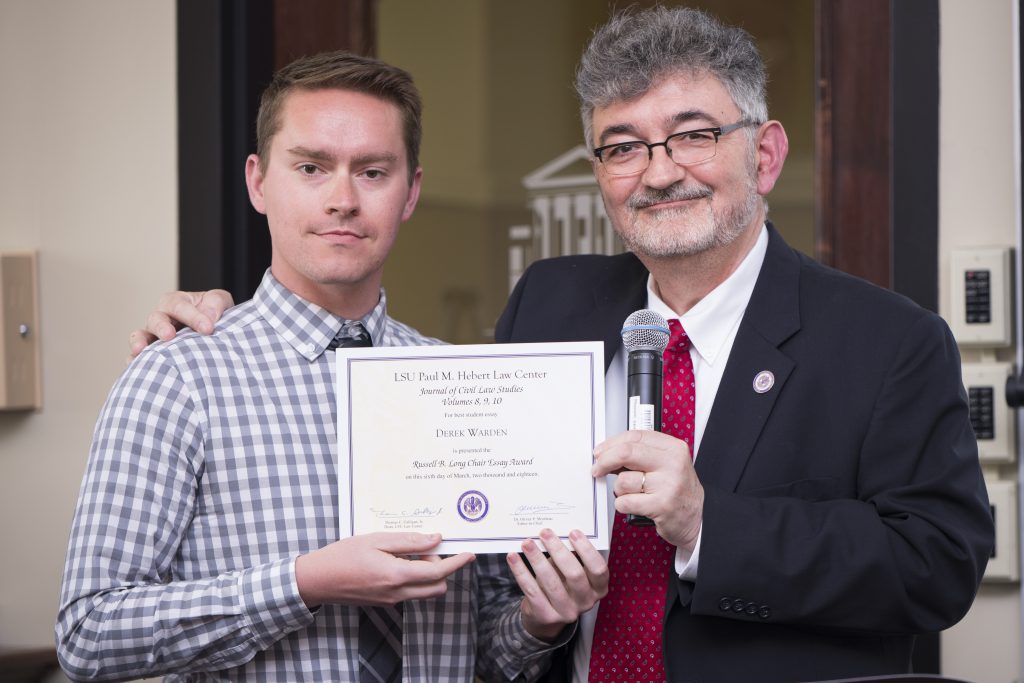 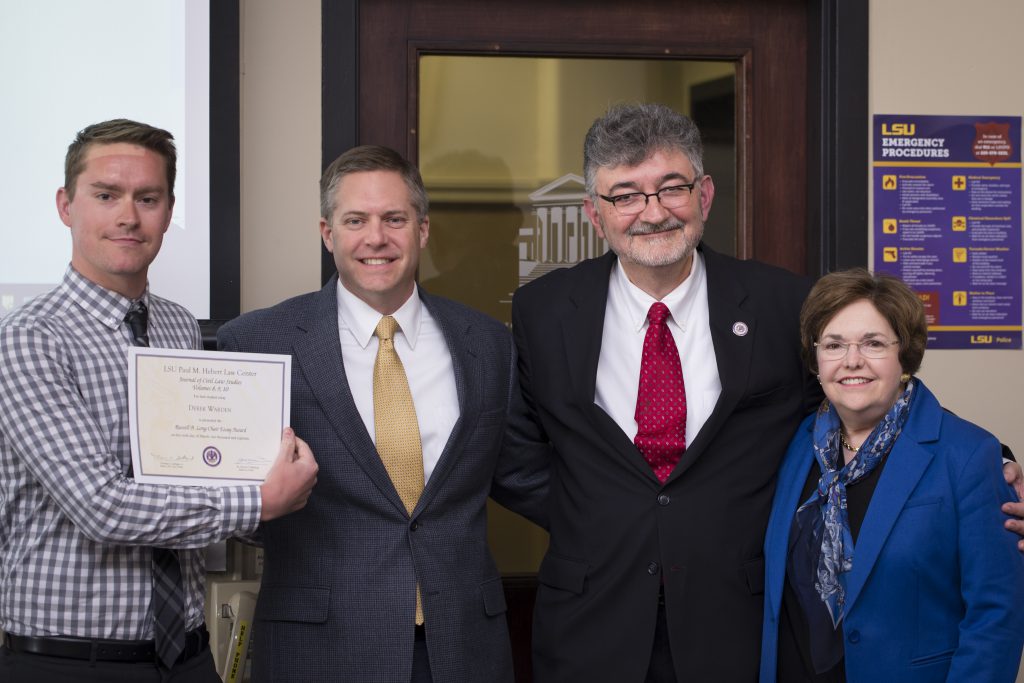 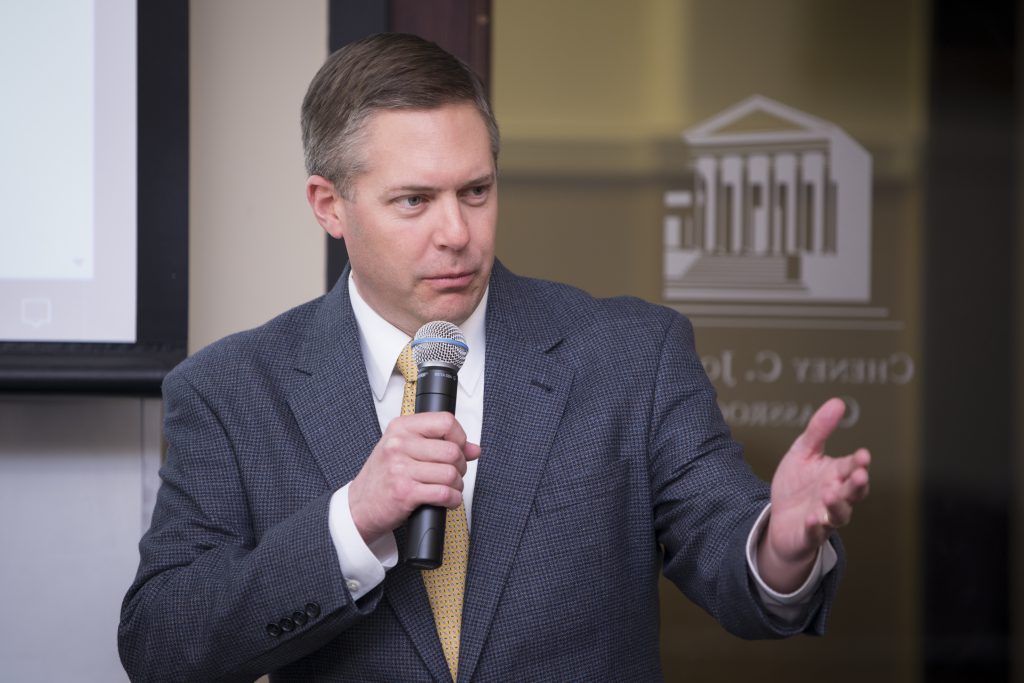 Russell Mosely expressing appreciation on behalf of the Long Family 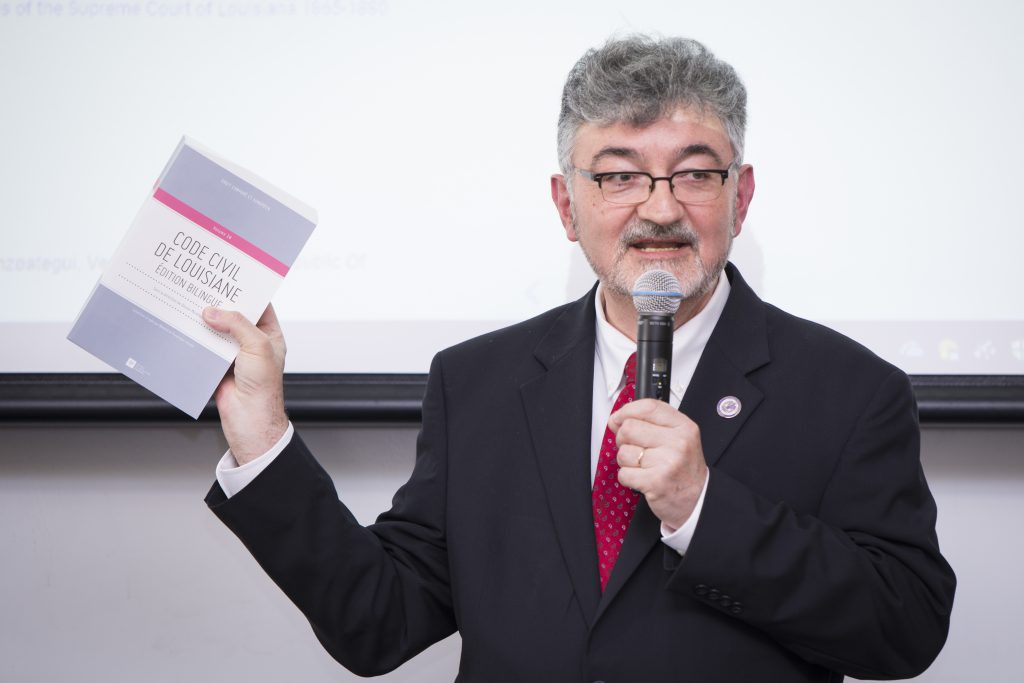 The translator-editor presenting the fruit of six years of team work, accessible online and in print 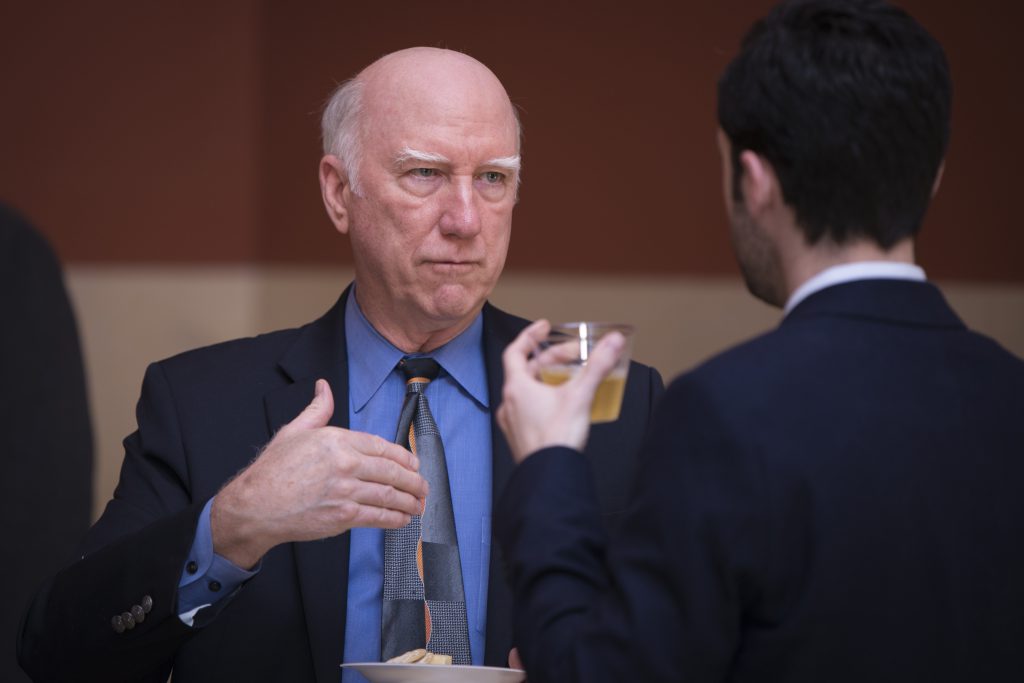 Fernin Eaton, with the gratitude of the CCLS for his generous support and donation 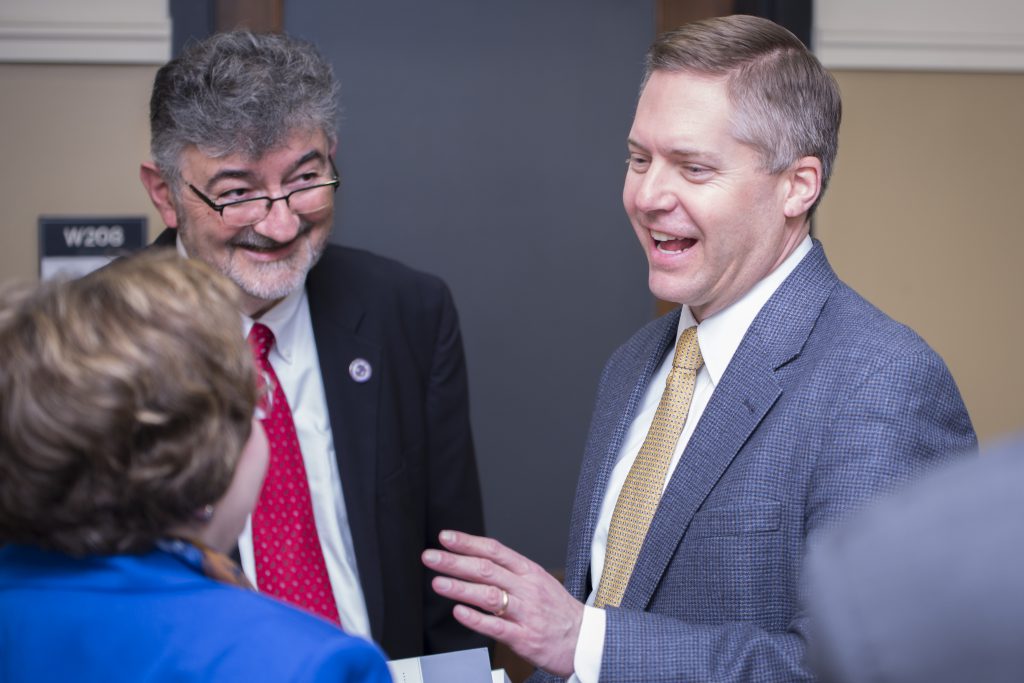