The Académie des Sciences d’Outre-Mer is a prestigious learned society gathering some of France’s most notorious officials and scholars with an interest in overseas studies, including former government ministers, senators, ambassadors, and army general officers. In the wake of the international conference organized by the Académie in November 2017, celebrating the 300th anniversary of the foundation of New Orleans, members of the Académie traveled to Louisiana in March 2018, with a visit to LSU on Friday, March 9. Prof. Olivier Moréteau coordinated this part of the visit. Together with Prof. Adelaide Russo, Chair of the Department of French Studies, he organized a session hosted at the Law Center, where members of the Department of French Studies and Prof. Alexandre Leupin, Director of the Center of French and Francophone Studies, presented on their scholarly activity.

During a lunch at the Lod Cook Center, Christophe Gerondeau, President and CEO of Total Petrochemicals & Refining USA, Inc. presented the American activity of the Total Group, a world giant in the energy sector. Mr. Gerondeau took good note of LSU Law forming lawyers both to the civil law and common law with an energy law certificate, and students of the Department of French Studies may help translate promotion materials as part of their French for Business Program.

The visit ended with a walking tour of the LSU campus and an informal get-together at the Faculty Club. 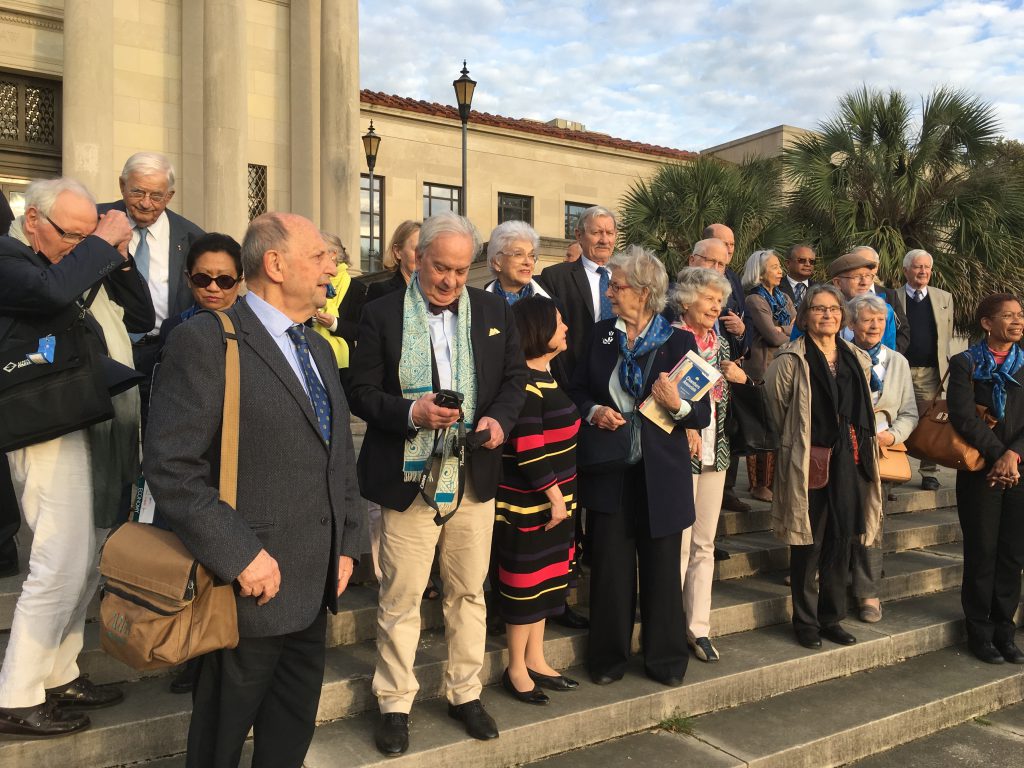 The Academy on the steps of the Paul M. Hebert Law Center 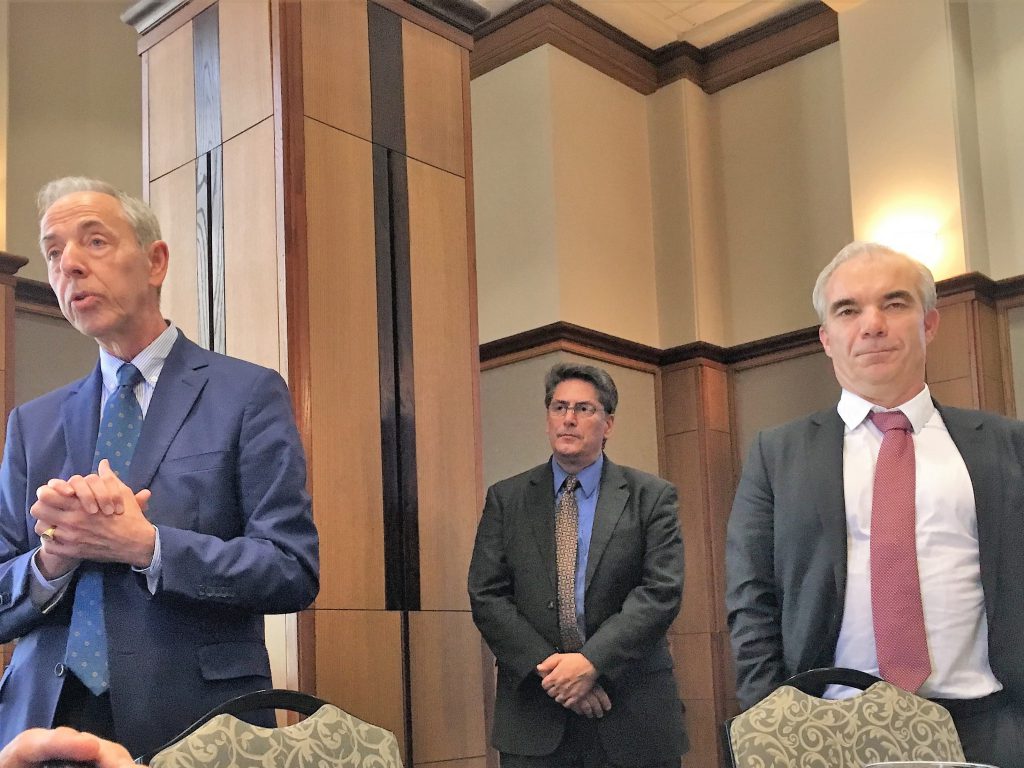 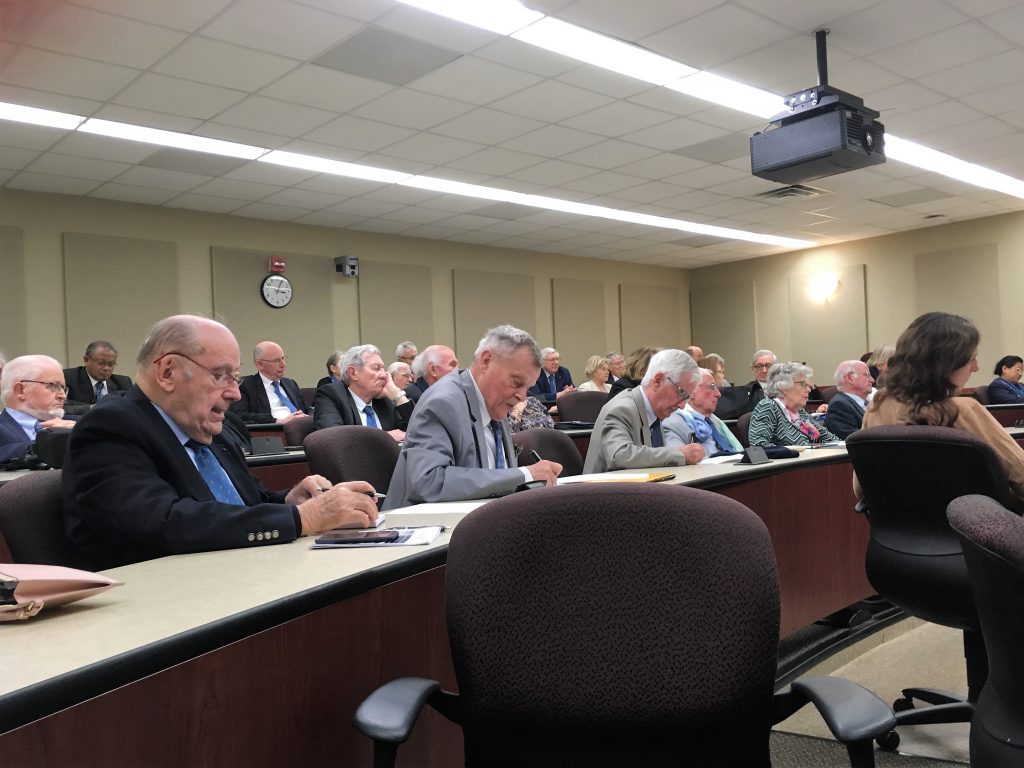 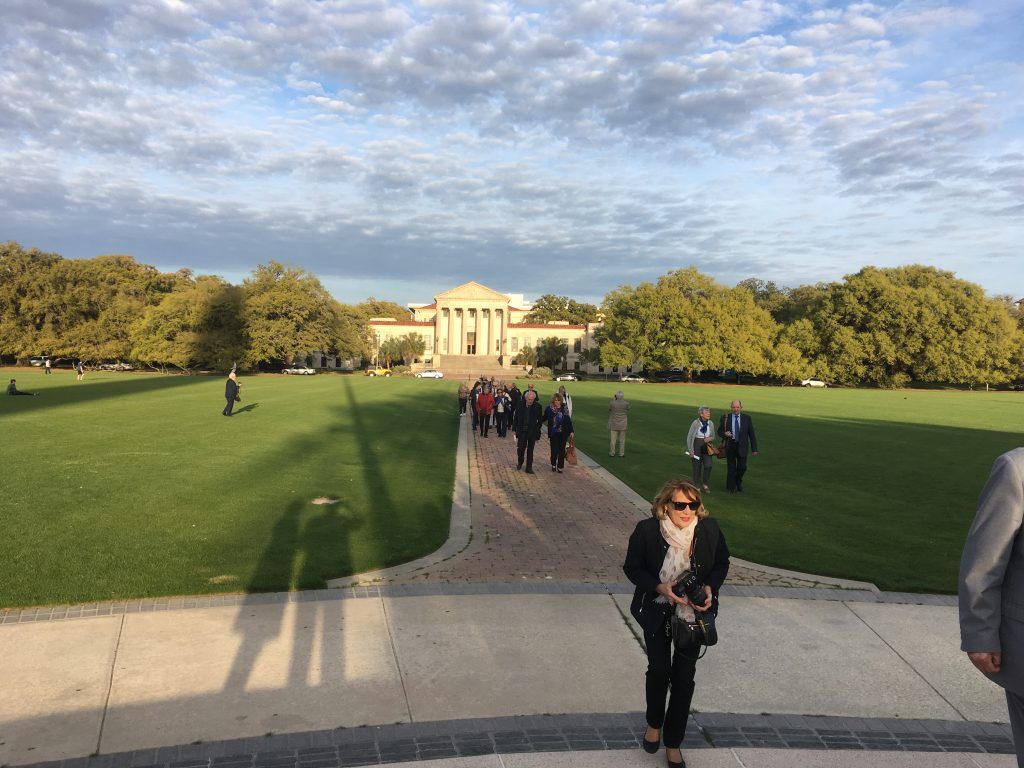