On August 21, 2014, Catharine MacMillan, Professor of Law and Legal History at the University of Reading (U.K.), presented a paper on Judah Benjamin: The Louisianan’s Influence on British Law.

Judah P. Benjamin was the pre-eminent commercial attorney in 1840s New Orleans and a leading counsel before the United States Supreme Court of the 1850s.  Like many attorneys before and since him, Benjamin combined his legal career with one in politics.  It was his political involvement which led him to a senior role in the government of the Confederate States of America in the 1860s; this involvement, in turn, led to a self-described ‘political exile’ to England in 1865.  Between 1866 and 1883, Benjamin practiced law from London.

While it has long been recognized that the common law of contract borrowed or transplanted various concepts from French civilians, notably Pothier, it is only infrequently identified that Benjamin was the instigator of some of these borrowings.  Some of the common law of contract’s French borrowings came to England via Louisiana.  Prof. MacMillan has carefully researched this process and presented it in the most lively fashion. Her forthcoming book on Judah P. Benjamin will be greatly appreciated in Louisiana. 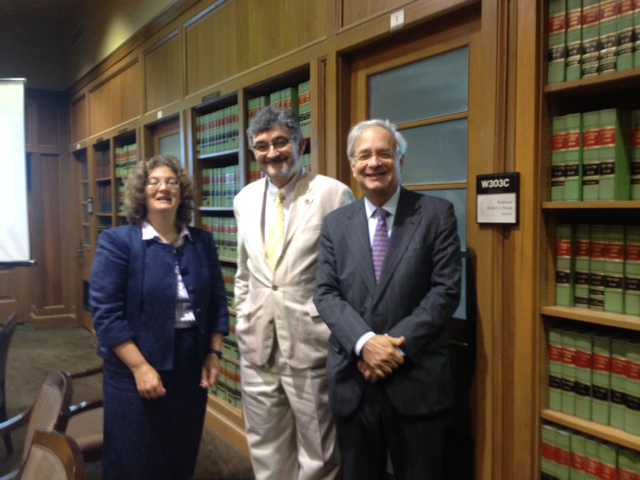 Employee
View all posts by moreteau →
This entry was posted in Lectures. Bookmark the permalink.