This is the gate on the Mississippi/Red River confluence that is the source of the Achafalaya River. At the moment it is flowing at nearly 300,000 CPS. This is as much as Morganza with all the bays open, and three times more flow than than the Niagara Falls complex. During the flood of 1973, the water began to erode the banks and get under the supports of the structure. Had it been destabilized, it could have failed and let the bulk of the Mississippi flow down the Achafalaya. That would have catastrophic consequences down river during a flood event, and could prevent shipping on the lower Mississippi until enough flow could be restored to float barges safely. John McPhee wrote about this in his book, Control of Nature. 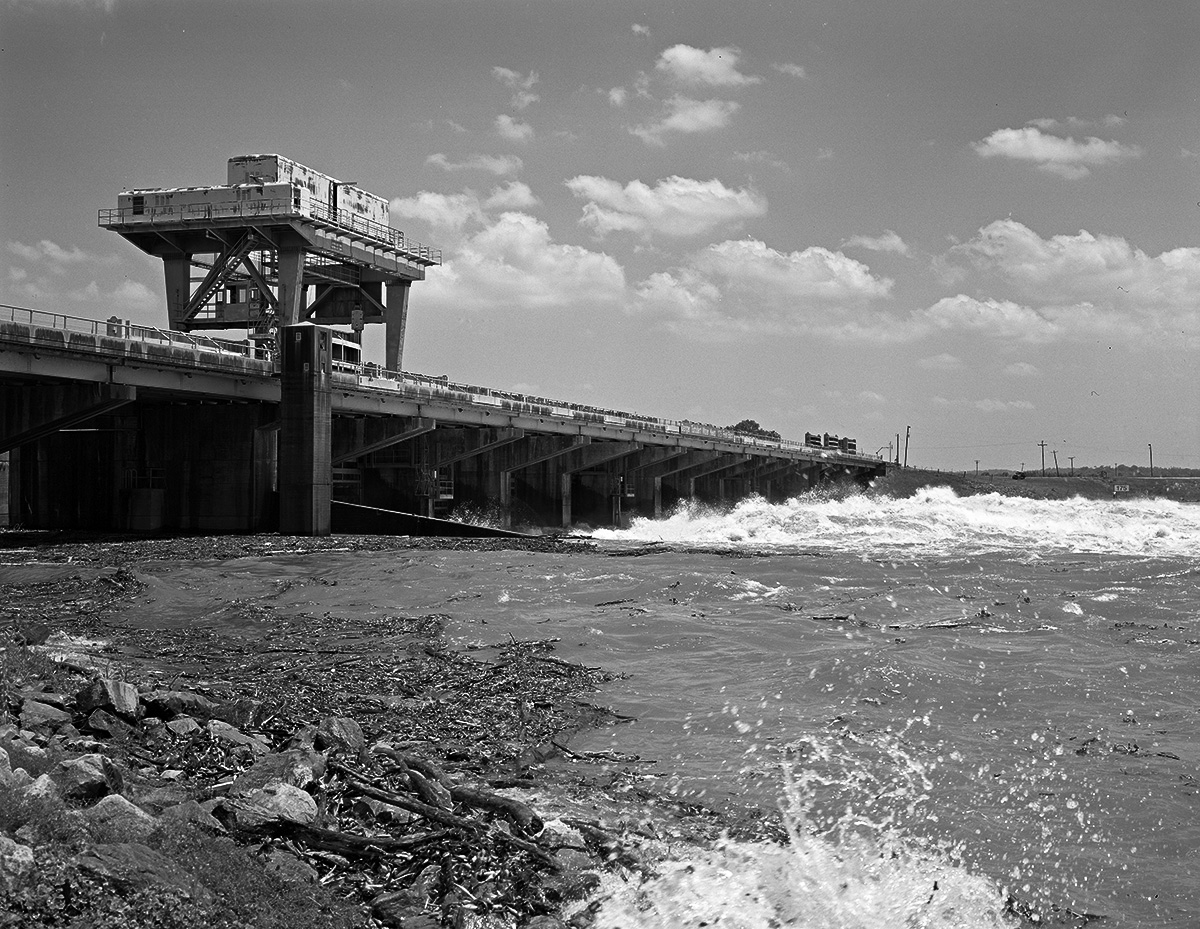 ← Morganza – too late, still too little?
Inundation Maps – Flood of 2011 on the Lower Mississippi →