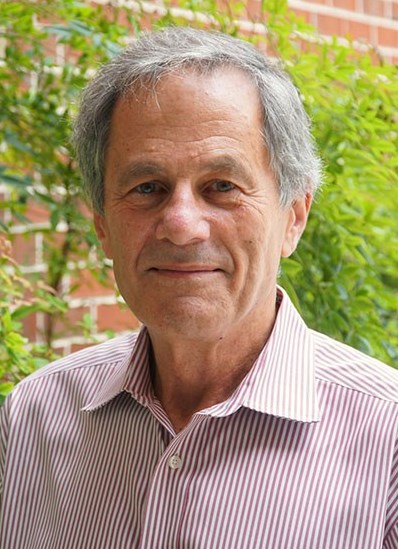 Professor Bob Sloan passed away untimely on June 19, 2020. He was the first Director of the Laborde Energy Law Center at LSU Law, which he helped design and implement our thriving Energy Law program. He was a keen supporter of our international programs. Beyond worldwide expertise, culture, and experience, he brought to our community a selfless ability to touch everyone he met, particularly the students, and helped them bring out the best of their professional and human abilities. He was a mentor to many, particularly our international students. A humanist and philanthropist, he and his wife Dauphine have been wonderful supporters of French studies at LSU, during and after his appointment at LSU. May his loving memory keep guiding his many friends and former students at LSU.

He is fondly remembered by Professor Olivier Moréteau, Director of the Center of Civil Law Studies:

“Bob visited me at early or odd times of the day and was otherwise to be found in the student lounge or reading room in the library, always available to anyone. A five-minute talk could last one hour without us noticing. I miss our wonderful multilingual conversations on French history and literature, world affairs, on the finesse of distinctions between French and American language and culture. We together gave several presentations to law students on international career opportunities, encouraging students to keep learning foreign languages or start doing so. His energy, enthusiasm, and optimism were congenial. Although he had a deep passion for history he was future oriented and not a fossil, and so were his views in energy law. He illustrated how a dynamic accomplished person can be generous with time and friendship. We miss him at LSU, and his shining smile will illuminate me forever.”

Our sympathy goes to his wife, children and family.

Robert Daniel Sloan, age 72 died at his New Orleans residence on Friday, June 19, 2020 surrounded by his loving family. He is the husband of Dauphine de Montlaur Sloan; the father of Alexandra Sloan Kelly, Caroline Ellen Sloan, and Edward Guy Sloan; and the father-in-law of Joe Kelly and Andrew Joseph Eckstein. He is the brother of Barbara Goodman, Katharine Sloan, and Richard Sloan; and devoted grandfather of Sasha Sloan Kelly and Margot Sloan Eckstein. He was preceded in death by his parents, Belle Levin Sloan and Noah Herman Sloan; his paternal grandparents, Samuel and Rose Sloan; his maternal grandparents, Ben and Ida Levin; his father-in-law and mother-in-law, Guy and Adelaide de Montlaur; and his brother-in-law Stephen Gallup. Sloan grew up on the South Side of Chicago, where he was a basketball star at Bowen High School; received his B.A. in Political Science from the University of Michigan and received his JD degree from Harvard Law School. His distinguished career took him and his family around the world, including Washington, DC, Rome, and Brussels. At various points in his career, he was General Counsel to the Minority of the U.S. Senate Permanent Subcommittee on Investigations; counsel at the U.S. State Department’s Office of the Legal Adviser; General Counsel of the Multinational Force and Observers (MFO), the ten-nation peacekeeping organization which supervises the security arrangements under the Egypt-Israel Peace Treaty; Managing Partner of the Brussels office of the McKenna & Cuneo law firm; Vice President and General Counsel at General Electric Industrial Systems; Executive Vice President, General Counsel and Secretary of Energy Corporation; Professor of Practice and Director of the John P. Laborde Energy Law Center at Louisiana State Law Center; and finally, Professor of Law and Senior Research Fellow at Tulane University Law School, where he received the Felix Frankfurter Distinguished Teaching Award last year. People often said, “Bob Sloan could meet a friend for coffee in any city in the world.” Funeral services were held at the Lake Lawn Metairie Funeral Home Chapel in New Orleans on Wednesday, June 24, 2020 with Rabbi Emeritus Edward Paul Cohn of Temple Sinai officiating. Interment will follow in the Trégon cemetery, Beaussais-sur-mer, France. In lieu of flowers, memorial donations are suggested to the Southern Poverty Law Center (SPLC), American Civil Liberties Union (ACLU), Congregation Temple Sinai, Natural Resources Defense Council (NRDC), or the National Brain Tumor Society (NBTS). Condolences may be shared online at www.lakelawnmetairie.com.

Employee
View all posts by moreteau →
This entry was posted in Energy Law, In Memoriam, International Jobs and Careers, Uncategorized. Bookmark the permalink.