Towards an LSU LL.M. in Panama?

On October 17, 2019, Professor Moréteau made a short visit to Panama City where he was the guest of Dr. Oscar Leon, Rector of the Quality Leadership University (QLU). His Excellency Mario Jaramillo, the former Ambassador of Panama to the United States, attended the visit. An LSU graduate, Ambassador Jaramillo facilitates the development of a strong cooperation between LSU and Panama.

QLU has a long experience of hosting North American and international graduate programs, making them available on site in Panama. The visit was an opportunity to explore the feasibility of outsourcing the LSU LL.M. in Comparative Law program to Panama. In addition to QLU officers, several prominent Panama lawyers also participated in an open discussion, including two LSU Law graduates, Diego Anguizola, J.D./D.C.L. 2015 and Gustavo Gordon, LL.M. 2006. It is hoped that “a winning formula will come up,” to quote Ambassador Jaramillo. 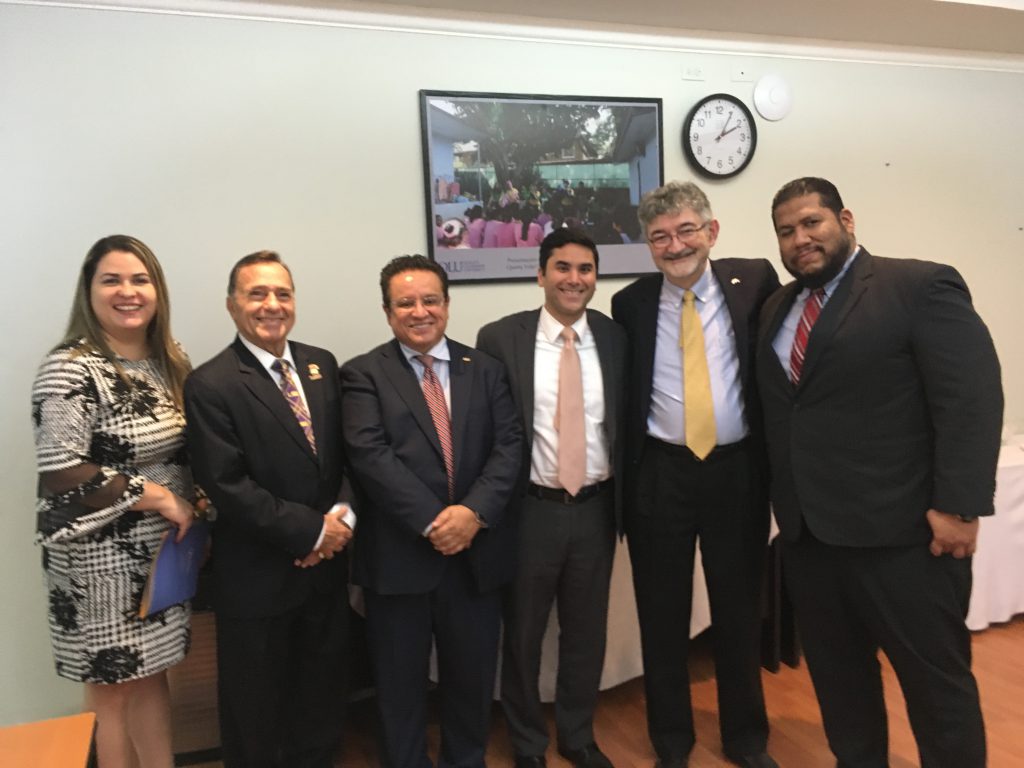 Employee
View all posts by moreteau →
This entry was posted in Events, Master in Comparative Law (LL.M.). Bookmark the permalink.