The Honorable Nicholas Kasirer Nominated to the Supreme Court of Canada 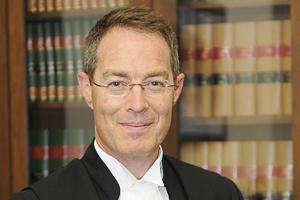 On July 11, The Prime Minister of Canada, Justin Trudeau, announced the nomination of the Honorable Nicholas Kasirer to the Supreme Court of Canada.

From the Prime Minister website, “Justice Kasirer has led an exceptional career as a judge and professor, earning the esteem of his peers in Canada and around the world. He served for a decade as a judge of the Court of Appeal of Quebec, where he was appointed in 2009. Prior to that, he led a twenty-year career as a professor of law at McGill University, including as dean of the Faculty of Law. Justice Kasirer is perfectly bilingual.”

On July 25, 2019, Justice Kasirer gave a glorious introductory speech to members of the House of Commons Standing Committee and of the Senate’s Legal and Constitutional Affairs Committee, and answered questions. Here is a link to the video recording.

Justice Nicholas Kasirer is a great friend of LSU Law. A Founding Board Member of the Journal of Civil Law Studies, he is published in the Louisiana Law Review and gave the 37th Tucker Lecture  in Civil Law in April 2014. He sends greetings to all his friends at LSU who express warmest congratulations and encouragements.

Employee
View all posts by moreteau →
This entry was posted in Distinguished Friends of LSU Law. Bookmark the permalink.