On April 24, 2018, Professor Olivier Moréteau was the guest of the Law Library of Louisiana and Supreme Court of Louisiana Historical Society to present ‘A Perfect Circle? Code Civil de Louisiane, Edition Bilingue.’ 150 people signed up for free CLE and over 100 attended, in the prestigious Courtroom at 400 Royal Street in New Orleans.

For the first time since 1825, the current Louisiana Civil Code is available in English and in French. After the Louisiana Civil Code Online project, featuring the Civil Code online in both languages, the Center of Civil Law Studies published a paper edition of Code civil de Louisiane, Édition bilingue. This 780-page volume features the entire Civil Code with the official English on the left and the French translation on the right. It also features a foreword by Jean-Claude Gémar, Professor Emeritus at the Université de Montréal, a world renowned expert in legal translation, and an introduction by LSU Law School Professor Olivier Moréteau, editor of the book. The book is published as volume 28 in the Droit comparé et européen series, by the prestigious Société de législation comparée, based in Paris. Moving from the raison d’être of the project, Moréteau discussed the process of translating the current civil code and lessons learned in the process.

Among the few brought to the Court, copies of the bilingual code were dedicated to Chief Justice Bernette Johnson and to Justice James Genovese. 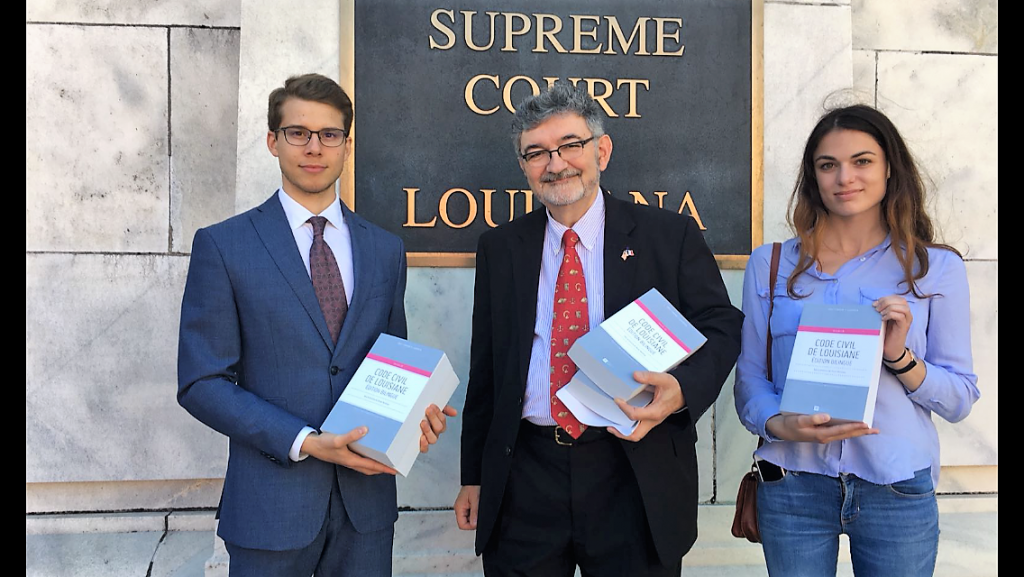 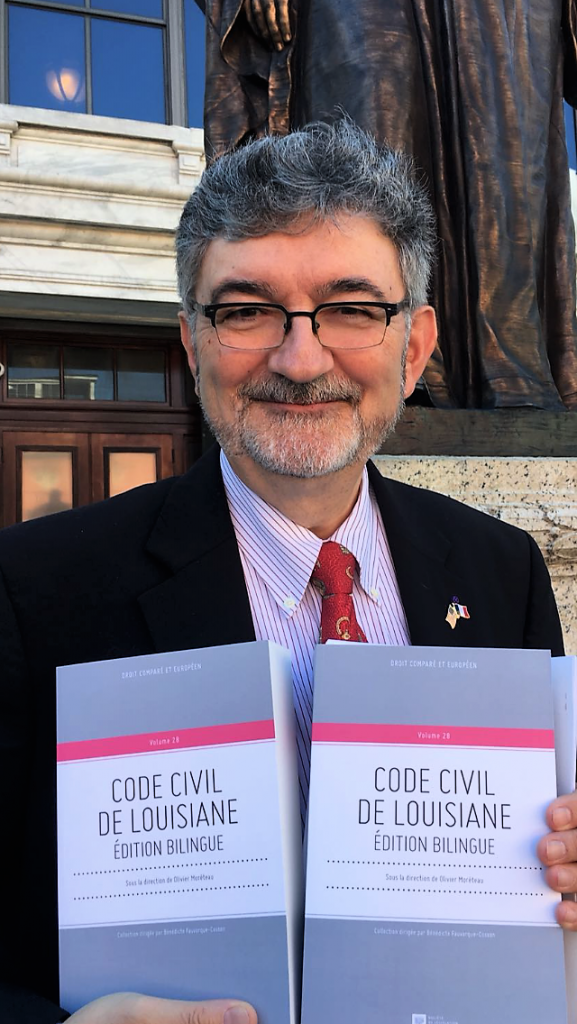 On the day of French President Macron’s State Visit to the United States, Prof. Moréteau brings the Civil Code in French to the Supreme Court of Louisiana: the Bayou State will remain in the U.S., but its French language makes a comeback to the Maison de Cour. 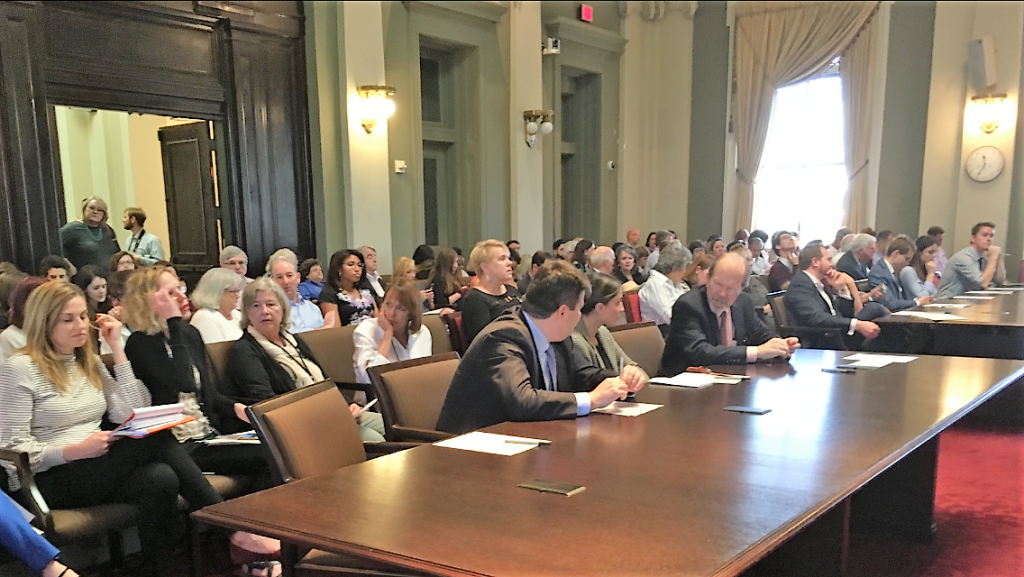 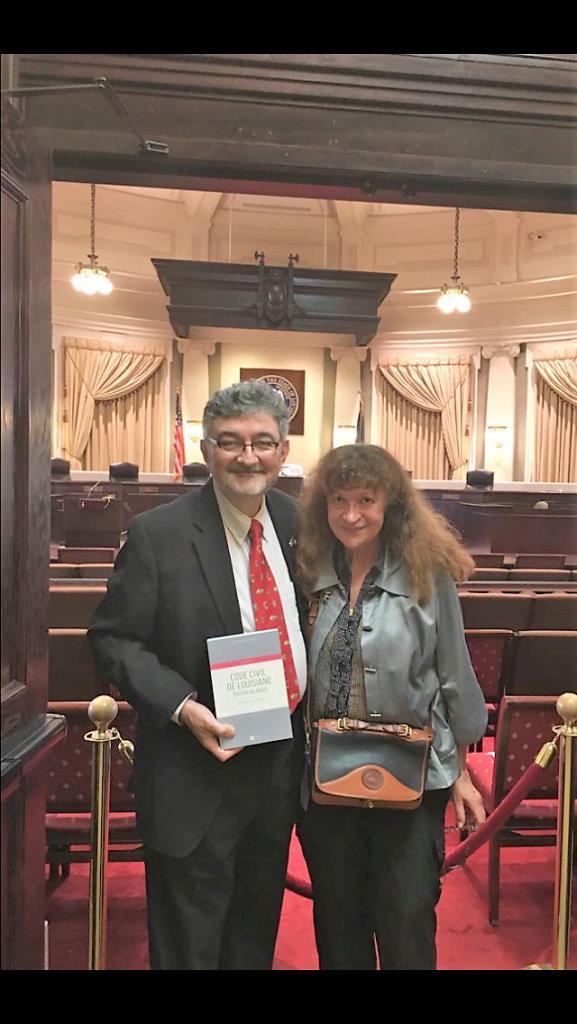 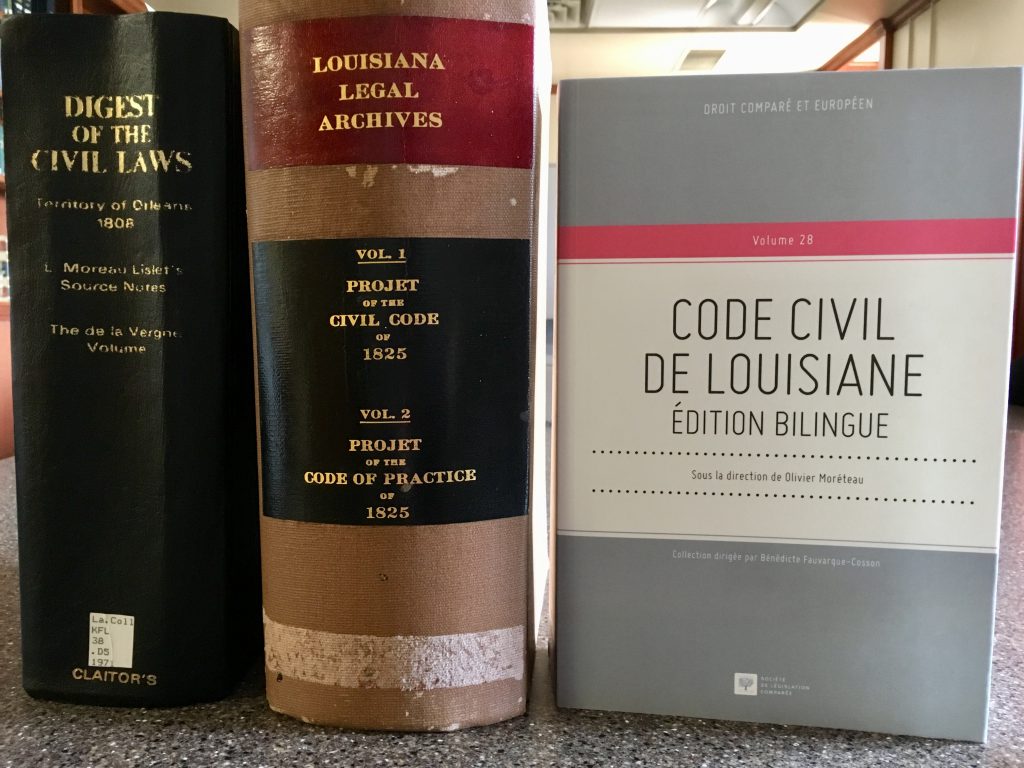