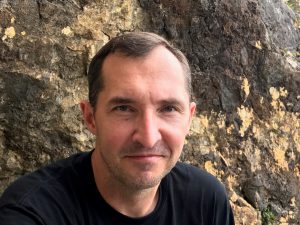 Dan E. Stigall is an attorney with the National Security Division of the U.S. Department of Justice (DOJ), where he most recently served as a Trial Attorney in the Counterterrorism Section.  At DOJ, he has served as Counsel to the Assistant Attorney General of the National Security Division and Senior Counsel to the Assistant Attorney General of the Criminal Division.  He previously served with the DOJ Office of International Affairs where he was responsible for facilitating international cooperation with countries in Africa, Asia, and the Middle East.  Prior to joining DOJ, he served on active duty as a U.S. Army Judge Advocate (JAG) from 2001–2009.  While on active duty, he served in Europe, Iraq, and throughout the United States.  He has also served as an Adjunct Professor of International Law at The Judge Advocate General’s Legal Center and School (TJAGLCS) and continues to serve as an officer in the U.S. Army Reserves.  Dan holds an LL.M. in International & Comparative Law from The George Washington University and a J.D. and B.A. from Louisiana State University.

At 12:40 p.m. (ending at 1:40), Dan Stigall will present on “Comparative Law and its Application” in Room 108. Food and beverages will be served. The event is sponsored by the International Law Society and the Student Bar Association. 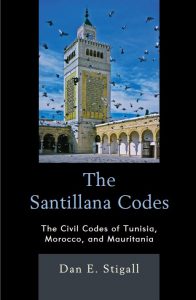 At 1:50 p.m. (ending at 2:50), Dan Stigall with be Professor Moréteau’s guest in his Legal Traditions class, presenting on codification in some Maghreb countries, based on his new book “The Santillana Codes, The Civil Codes of Tunisia, Morocco, and Mauritania.” All interested are welcome to attend. Venue: Room 212.