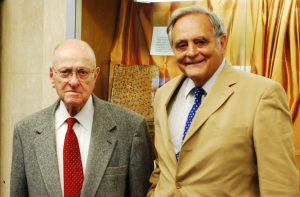 Mr. de la Vergne was born September 21, 1938, in New Orleans. He graduated from New Orleans Academy before receiving his undergraduate degree from Tulane University, where he was a member of Delta Kappa Epsilon fraternity. In 1965, he received a law degree from the Tulane University School of Law and subsequently became a member of the Louisiana State Bar Association; he was honored as a fifty-year member in 2015.

A lifelong world traveler, Louis enjoyed visiting countries with a civil law heritage, developing and maintaining friendships around the globe. A descendant of Charles de la Vergne, who was born in Paris, France, in 1700 and died in New Orleans in 1767, Louis was keenly interested in the contributions of his ancestors to the legal heritage of Louisiana. One, Jacques Villeré, distinguished himself at the Battle of New Orleans as a major general, in command of the First Division of the Louisiana Militia, before his election as the second governor of the state of Louisiana (the first Creole and native-born Louisianan) in 1816. Another, Hugues Lavergne, was a busy nineteenth-century notary, lawyer, and influential banker. Still another, Gustavus Schmidt, was born in Sweden in 1795, moving to New Orleans in 1829, where he became a fixture of New Orleans society for the next half century. A prominent attorney who was mentored by Chief Justice John Marshall, in 1841 Schmidt established the Louisiana Law Journal, the first legal periodical in Louisiana, and authored the Civil Law of Spain and Mexico in 1851. He founded the predecessor of the Tulane Law School, and assembled one of the most remarkable libraries of his age, which was auctioned at his death and unfortunately dispersed. In 2005, Mr. de la Vergne co-authored the Catalogue of Gustavus Adolphus Schmidt’s Library 1877, which was published by the University of Texas at Austin. Louis and his family were particularly known for the “de la Vergne Volume”, an invaluable Louisiana legal text containing codifier Moreau Lislet’s source notes for the Digest of 1808. Louis worked with Professor Robert Pascal to have the volume reproduced in 1967 and reprinted in 2008 by Claitor’s Publishing for the bicentennial of the 1808 Digest. He was generous with sharing information about his ancestors and research perspectives with scholars around the world.

With the help and support of Louis de la Vergne, the CCLS published: 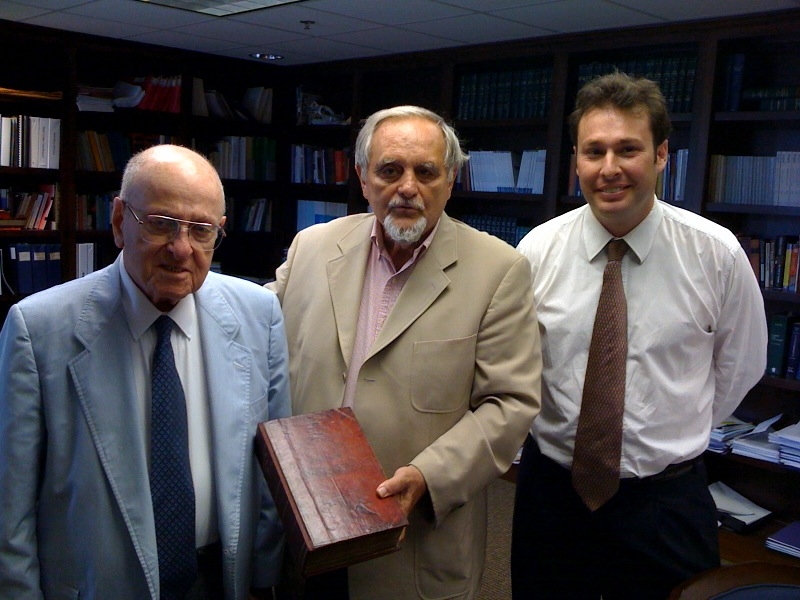 Employee
View all posts by moreteau →
This entry was posted in Center of Civil Law Studies, Civil Law, In Memoriam. Bookmark the permalink.