From La Beauce to Le Bayou: 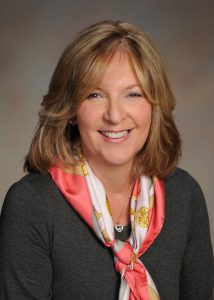 Rosalie Jukier is a Full Professor in the Faculty of Law at McGill University where she has been teaching since 1985 both in the civil and the common law legal traditions, primarily in the areas of Contractual Obligations and Judicial Institutions and Civil Procedure. Her research focuses on the comparative law of Contracts (with specific reference to contractual remedies and the interface between private law and religion), the impact of legal traditions on Civil Procedure and Judicial Methodology, as well as on Legal Pedagogy, particularly McGill’s unique transsystemic pedagogy. In both 2004 and 2016, she was recognized with the John W. Durnford Teaching Excellence Award and in 2010 with the Principal’s Prize for Excellence in Teaching.

Professor Jukier is a graduate of McGill University’s Faculty of Law where, in 1983, she obtained her B.C.L. (civil law) and LL.B. (common law) degrees graduating with the Elizabeth Torrence Gold Medal and the Aimé Geoffrion National Programme Gold Medal. She went on to pursue graduate studies in law at Oxford University (B.C.L. Oxon 1985) and has been a member of the Quebec Bar since 1986. She has served the Faculty of Law as Associate Dean on three occasions and from 1995-2001, she held the position of Dean of Students of McGill University. From 2005-2007, she served as senior advisor to the National Judicial Institute and continues to be active in judicial education.

In this lecture, I will guide our travel from la Beauce to le Bayou, from Quebec to Louisiana, from Montreal to Baton Rouge, from McGill to LSU, using a transsystemic itinerary. This transsystemic voyage will showcase the unique way of teaching and thinking about law that has defined the program of legal education, and our imaginations as legal scholars, at McGill’s Faculty of Law for almost two decades. In addition to demystifying the elusive term “transsystemic”, and outlining the pedagogical and intellectual benefits of teaching and thinking about law in this way, this lecture will focus on the increasing relevance of the transsystemic approach as a way of preparing jurists for the complexity and novelty of contemporary legal practice. By instilling creative, critical and flexible thinking skills, it enables jurists to deal with novel legal problems, to be more adept at envisaging a multiplicity of creative ways to solve legal problems though alternative methods of dispute resolution, and to keep pace with novel comparative judicial methodology we are seeing in Canada.

Just as la Beauce and le Bayou are different places with different geographical features, so too are Quebec and Louisiana different legal jurisdictions. However, they are, in many ways, sister jurisdictions, sharing a common mixity in their legal systems. This makes law schools in Louisiana a particularly fertile environment in which to showcase this unique itinerary in the hope that some of you will come along on this interesting voyage.

Employee
View all posts by moreteau →
This entry was posted in Center of Civil Law Studies, Distinguished Foreign Visitors, Lectures. Bookmark the permalink.