As part of the Introduction to United States Law class, Professor Moréteau invited three State Judges to present on criminal justice in Louisiana and the United States, sharing on their experience as judges, prosecutors, and also adjunct professors at the LSU Law Center, with our international law graduate students. The late Professor Cheney Joseph used to coordinate the event, and this year’s session brought his memory to the classroom.

The Law Center thanks Judge Doug Moreau, Judge Lou Daniel (19th Judicial District Court), and Judge Guy Holdridge (Louisiana Court of Appeal, 1st Circuit), who appear left to right on the photo, for their participation to what happened to be an animated, spirited, and at times passionate conversation, bringing comparative and cultural perspectives. 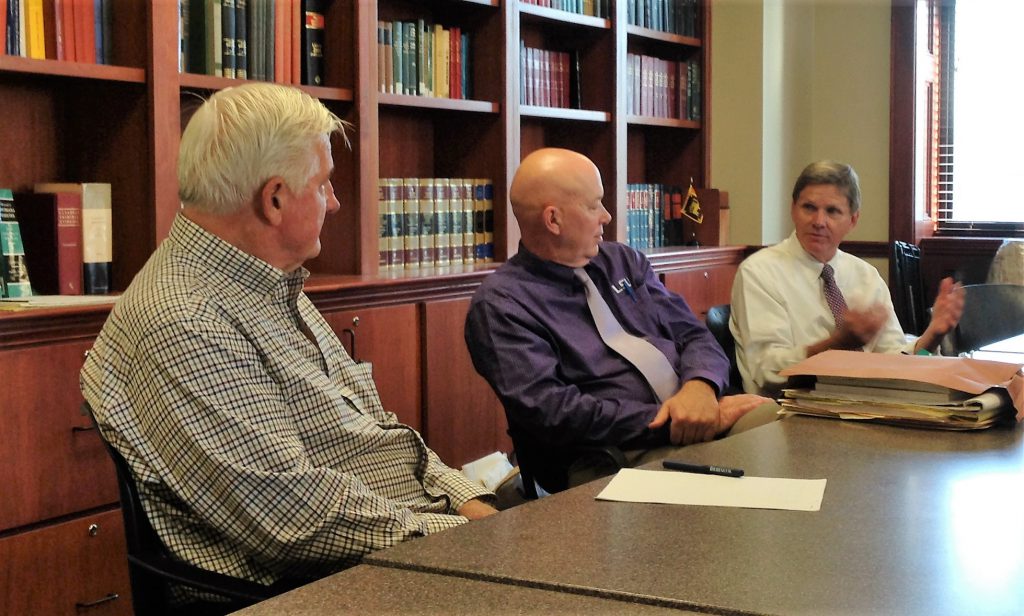 Employee
View all posts by moreteau →
This entry was posted in Classes, Master in Comparative Law (LL.M.). Bookmark the permalink.