Tuesday, May 31, 2016, Prof. Francisco Reyes, Superintendent of Companies for the Republic of Colombia and Chairman of the United Nations Commission for International Trade Law (UNCITRAL) for the period 2015-2016, delivered the 39th Tucker Lecture. His topic was “The Proposed Organization of American States Model Law on Simplified Corporations: Perspectives and Challenges.” The lecture was built on Prof. Reyes’s comparative study of the models of simplified corporation and its successful adoption in Colombia legislation, in 2008. He discussed ongoing harmonization efforts and the obstacles that need to be surpassed before a model law is adopted. The Lecture was well attended and well received, particularly by members of the law faculty and participants in the 4th Juris Diversitas Annual Conference, taking place at the same time at the LSU Law Center.

In his opening remarks, Interim Dean Bill Corbett expressed his joy in welcoming a longtime friend of the Law Center, and Prof. Olivier Moréteau gave a vibrant homage to the speaker and his unique achievements. 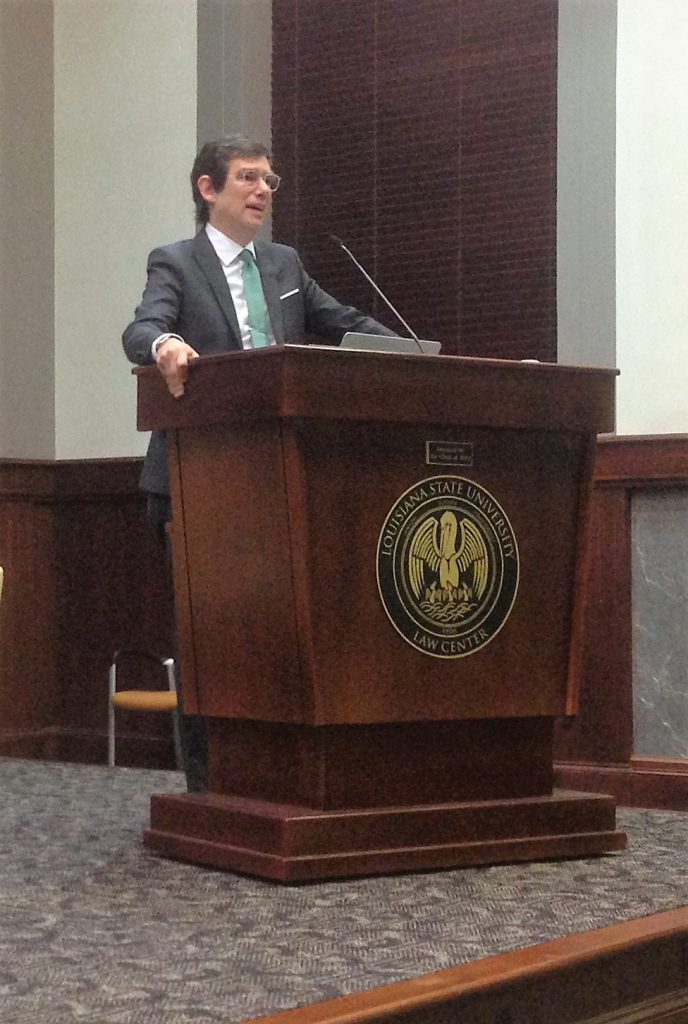 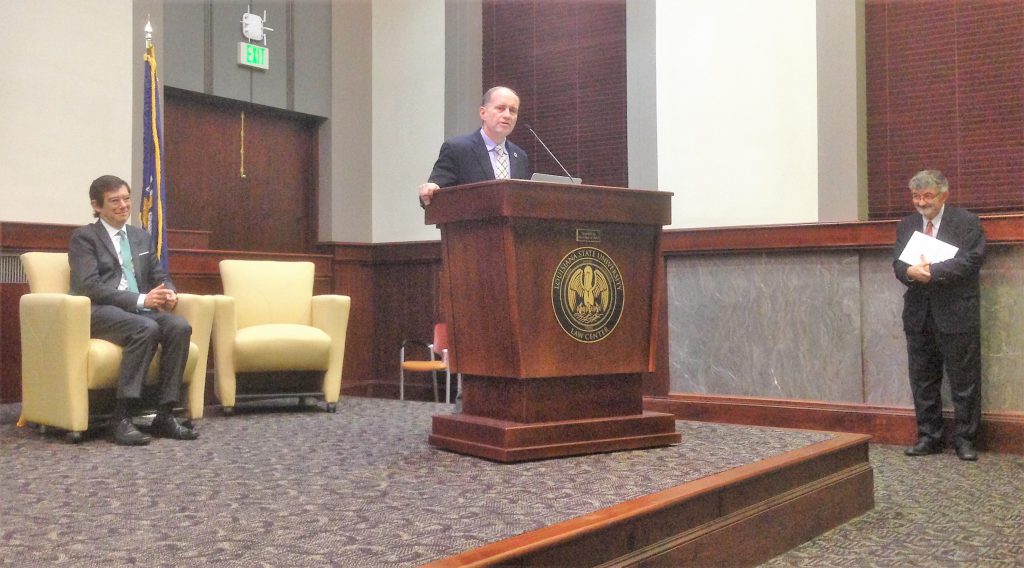 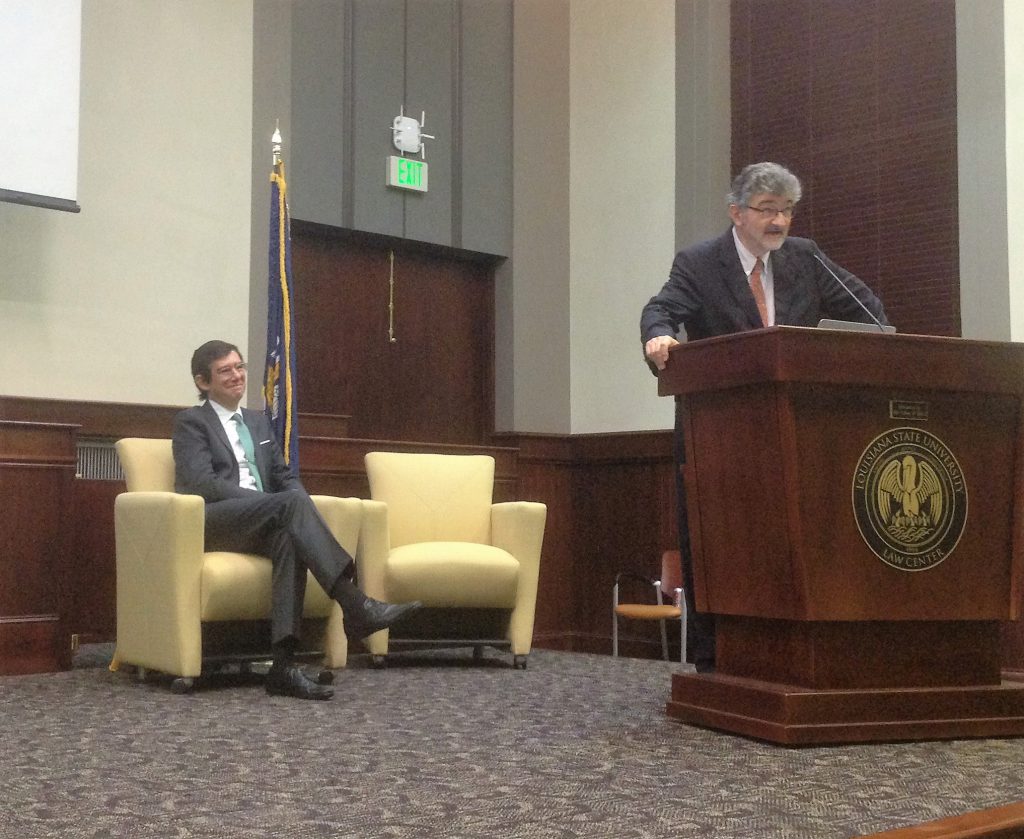 Prof. Olivier Moréteau introducing the event and the speaker. 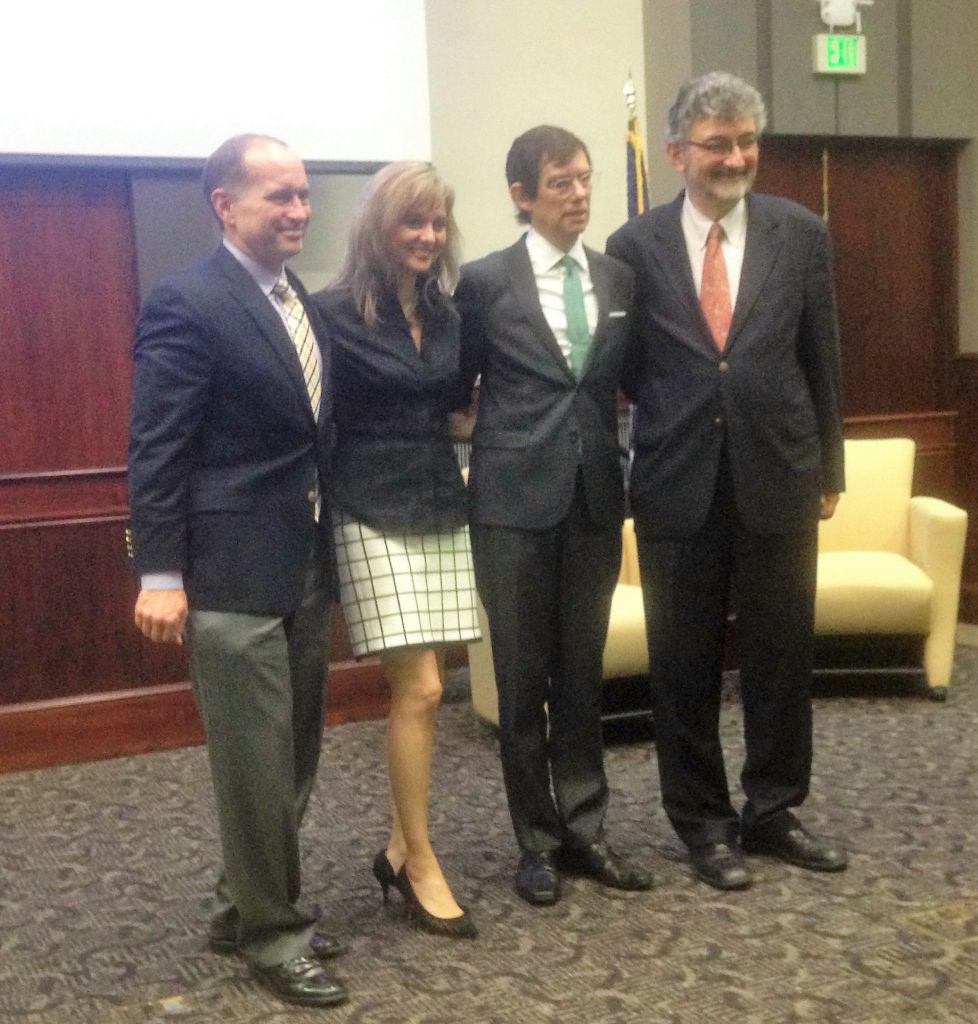 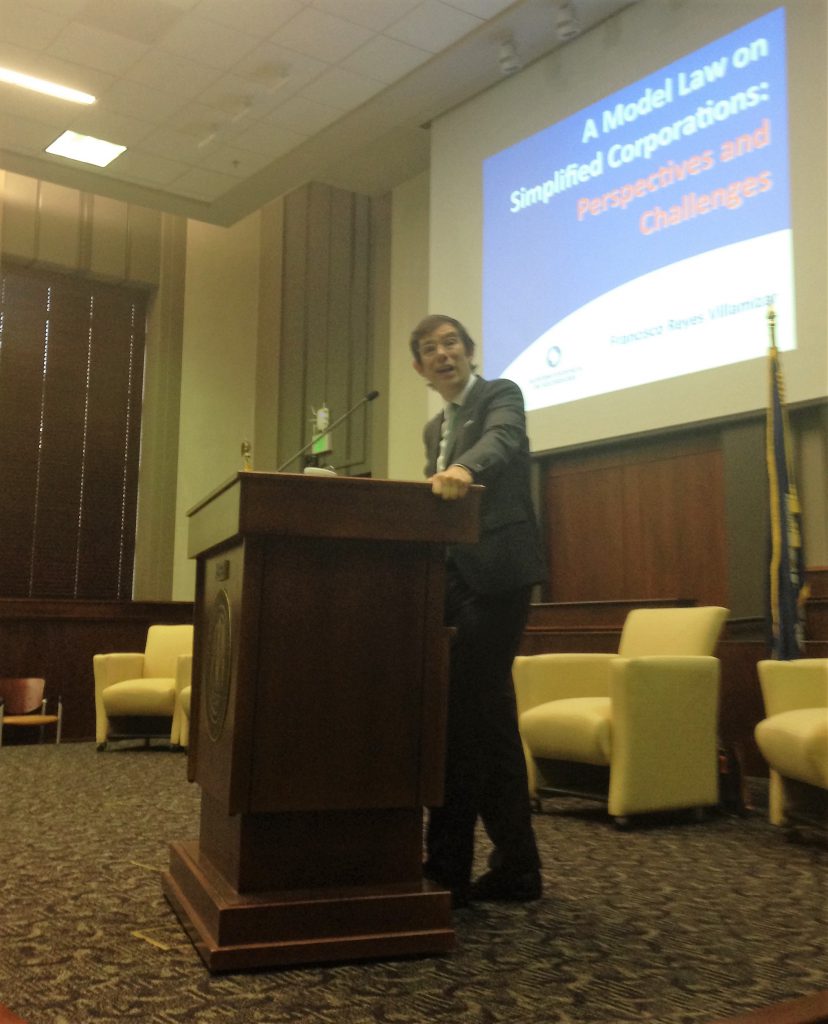 A most lively Lecturer 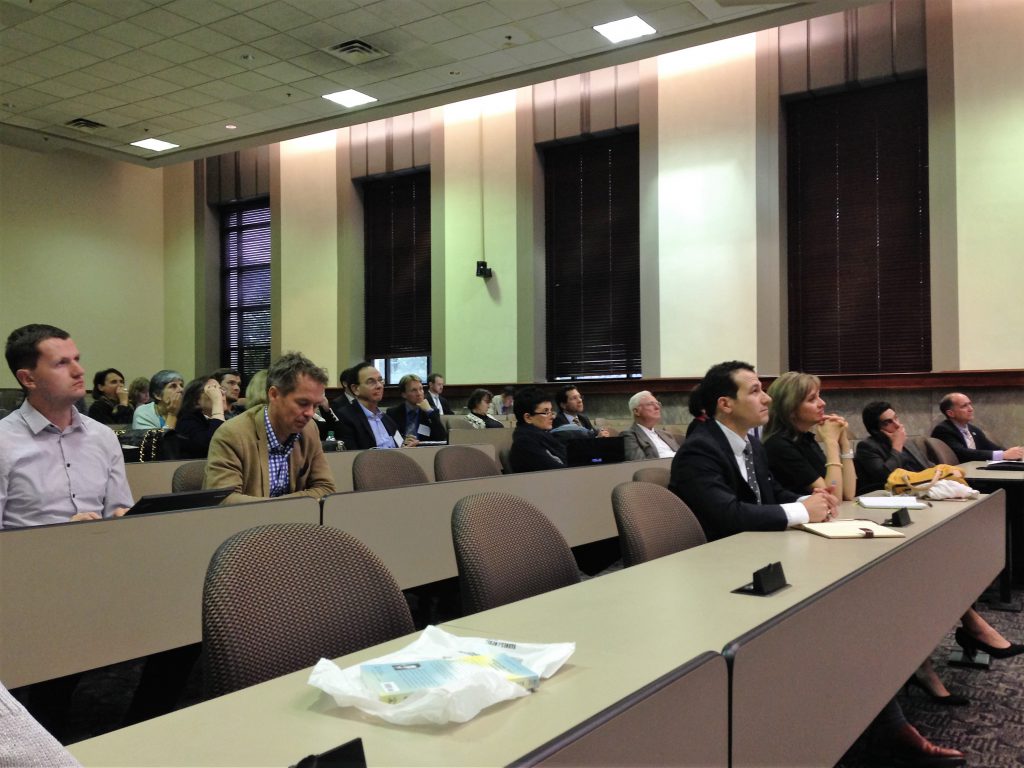