Professor Moréteau to Speak at Conference in Catania

The World Society of Mixed Jurisdiction Jurists, the Protection Project at the Johns Hopkins University, and the Eason Weinmann Center for Comparative Law, Tulane Law School, have organized  an international conference on “Filling the Gaps: The Study of Judicial Creativity and Equity in Mixed Jurisdictions and Beyond,” to be hosted by the Department of Political and Social Sciences at the University of Catania (Sicily, Italy), on May 27 and 28.

Professor Olivier Moréteau will present “Mind the Gap, Mend it or Hide it! What Gap-Filling Reveals about Legal Systems and Cultures,” developing the following ideas:

When codifying its private law in 1808 and 1825, Louisiana adopted the gap-filling provision drafted by Portalis for the French Civil Code. Art. 21 provided: “In civil matters, where there is no express law, the judge is bound to proceed and decide according to equity.  To decide equitably an appeal is to be made to natural law and reason, or received usages, where positive law is silent.” As his Preliminary Discourse reveals, Portalis was much in favor of cooperation between legislators and judges. In 1804, the French deleted this provision from the Projet and adopted in the Civil Code a negatively phrased provision, which sounds like a stern warning to the judge. Art. 4 provides: “A judge who refuses to give judgment on the pretext of legislation being silent, obscure or insufficient, may be prosecuted for being guilty of a denial of justice.” In Louisiana, a conservative attitude prevailed, favoring custom over legislation that may be a vector for change. In France, a positivistic attitude prevailed, creating a barrier to a dreaded return to the Ancient Régime; recourse to equity and natural law had to be banned or hidden.

In both Louisiana and in France, however, gap-filling is first attempted by way of code interpretation, and only in extreme cases will judges resort to equity, yet still without leaving the boundaries of the code. Whether visibly or not, equity will be done, in situations where common law judges may make excuses for doing nothing when a situation is not covered by statute and no remedy has yet been developed by way of case law. Some common law judges, however, do not hesitate to act and adjust case law so that gaps disappear.

In the common law, statutes pop up like patches on the vast tapestry of case law, which forms an impressionistic, more or less densely populated, background. In codified civil law jurisdictions, the Civil Code provides the ius commune and default rules meant to control in the absence of more specific legislation. In both legal traditions, gap-filling aims at making the law seamless, and reveals its deep and true nature. However, resistance to, and tensions generated by, gap-filling reveal something of the actual culture and more superficial dynamic of a given legal system. Not surprisingly, due to the vicinity of the common law, judges in Louisiana are more prone to exhibit their creative role, whereas the French prefer to hide behind code articles or unwritten general principles of the law.

Stories from a handful of significant Louisiana, French, English and American cases will illustrate how actors, guided by the permanence of meta-norms – or blind to them – mend or hide the cracks on the surface, revealing some of the distinctive features of the civil law and the common law and how easily those features blend in mixed jurisdictions. 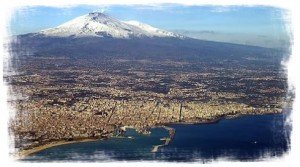 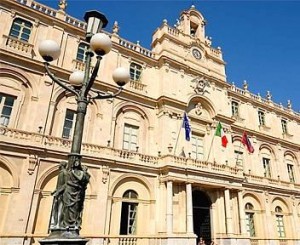 Employee
View all posts by moreteau →
This entry was posted in Civil Law, Conferences. Bookmark the permalink.

2 Responses to Professor Moréteau to Speak at Conference in Catania