From Louisiana to Jerusalem and to Vogue, Surfing Paola’s Passion for Mixed Jurisdictions

Paola Aurucci lives in beautiful Como, Italy. During her legal studies at the University of Insubria, she spent the fall 2007 semester at LSU Law as an exchange student. Her supervisor, Prof. Barbara Pozzo, has been a visiting professor at LSU Law and worked collaboratively with Prof. Olivier Moréteau as he was still in France. At LSU, Paola conducted research for a thesis in comparative environmental law and attended classes. She developed a fascination for the development of the law in a mixed jurisdiction. After completing her law degree at the University of Milan, she wrote a doctorate dissertation on “The Draft of the Israeli Civil Code: Law and Style of a Code in a Mixed Jurisdiction.” From October 2011 to March 2012 she was a Visiting Research Student at the Hebrew University of Jerusalem, having received a grant and a prize. She just received her doctorate in law: congratulations, Paola!

In the meantime, Paola also studied at the International Faculty of Comparative Law in Strasbourg, and worked as an intern at law firms in Italy and Switzerland. Commenting on her time at LSU, she writes that it was “one of the best experiences in my life. I met some of my present best friends. I am also still in contact with many of the Professor I met.”

Paola loves art, gastronomy, fashion, and traveling. In 2012, she started contributing on these topics to the magazine Vogue Italia and its website and also publishes in the magazine Lake Como Lifestyle.

As Paola moves forward, she believes that the interaction and exchanges between the Greek and Jewish worlds, in addition to Arabic culture, are highly relevant to the development of Europe. She will move to Jerusalem in June: she is candidate for a post doc grant from the Israeli Ministry of Foreign Affairs, in view of a nine-month Research visit at Bar Ilan University – Tel Aviv. We wish her the best of luck and success, as she brings some of our LSU spirit to distant shores. 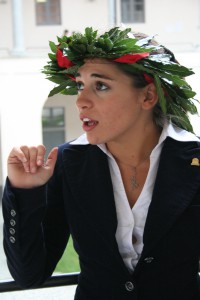 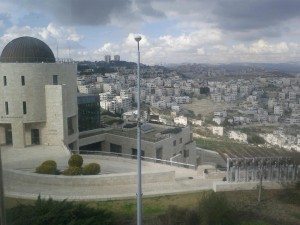 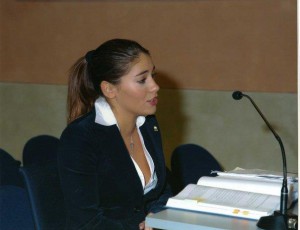 Employee
View all posts by moreteau →
This entry was posted in Civil Law, International Jobs and Careers, Semester Abroad. Bookmark the permalink.