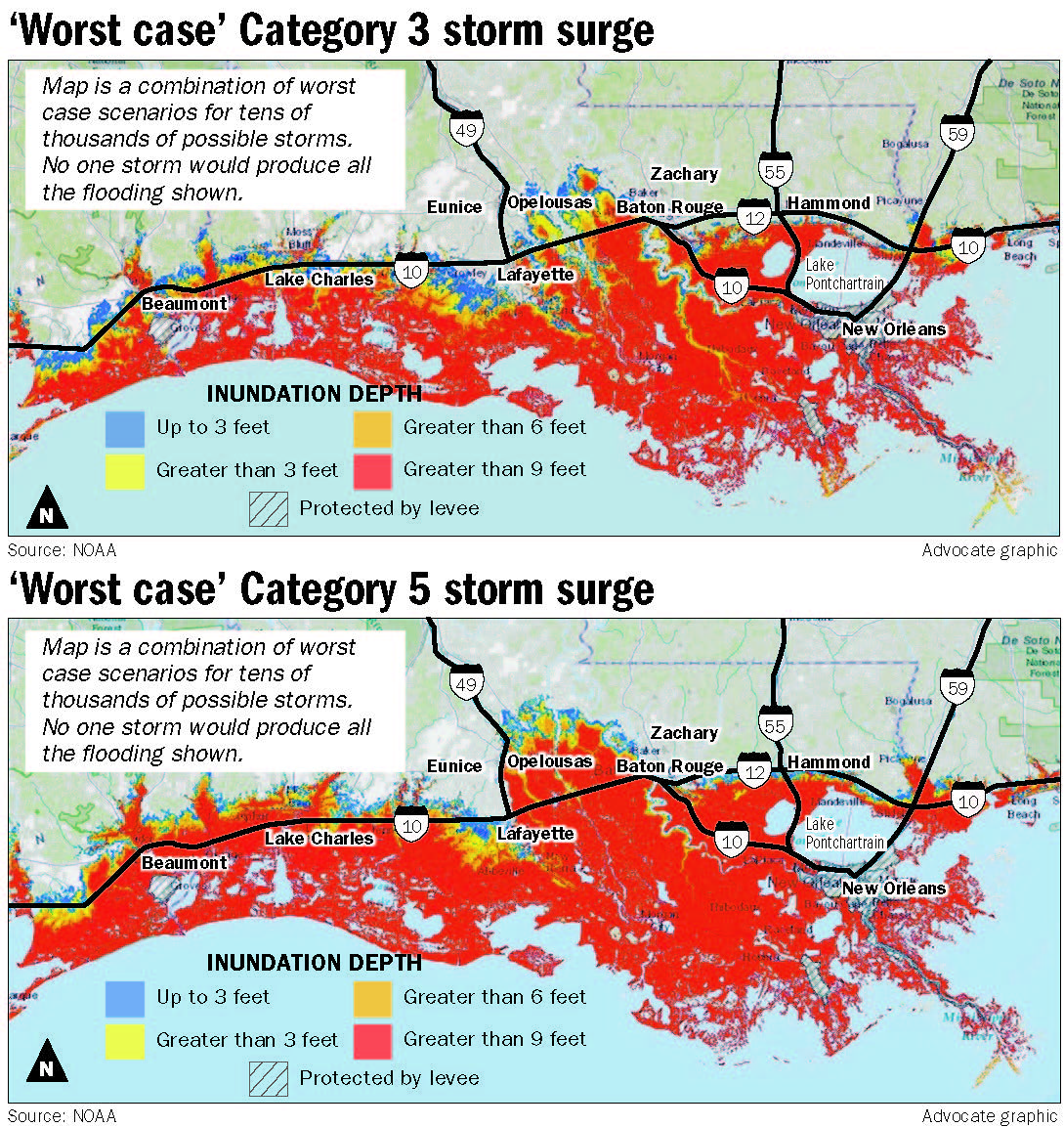 This map is developed by running thousands of storm models on different tracks. No single storm would flood all of these areas, but they are all subject to flooding from the right storm. As the story notes, the models ignore areas protected by levees. NOAA is working to assign risk to these areas, but as NOAA cannot say, this is a political decision, not a scientific one. The 100 year flood protection trigger for the National Flood Insurance Program is a political choice that tells us very little about the actual flood risk behind the levees. Levees are subject to failure, which is related to maintenance as much as original design and construction. While all the focus in Katrina was on the Corps of Engineers, the local levee boards had been responsible for the levees for years. The new levees are now under local control, and is very likely that they will degrade with each passing year. This happens through lack of day to day maintenance and through subsidence and sea level rise, which reduce the effective height of the levee. They can be overtopped now by a slow moving category 3 storm, which is certainly less than a 100 year event. The Corps of Engineers ran a limited model set to justify the 100 year designation because that is what Congress told them to do: take the money we gave you and provide 100 year protection. All the Corps can do is build what it can afford and then rate it as 100 year protection.