The state has closed access to the levees all along the Mississippi. This makes getting pictures of the water level more difficult.

This was taken on the West Levee opposite the old ferry landing in St. Francisville, LA. This is a very big, tall levee. The water is about 15 feet deep on one side, and is at least ten feet from the top of the levee. It will rise a bit more with current projections, perhaps a couple more feet. Normally, there would be dry land on both sides of the levee.

This is downtown Baton Rouge. Notice the water level in relation to the top of the walkway. The walkway is at at the height of the top of the levee, and water is only 3-4 below it. When this picture was taken, 14 May, the river was at 44 feet in Baton Rouge. It was originally projected to crest at 47.5 feet, before the decision was made to open Morganza. Even at the new projected crest of 45 feet, the levees are under very high stress, at some points water is pushing into downtown parking lots on the river. 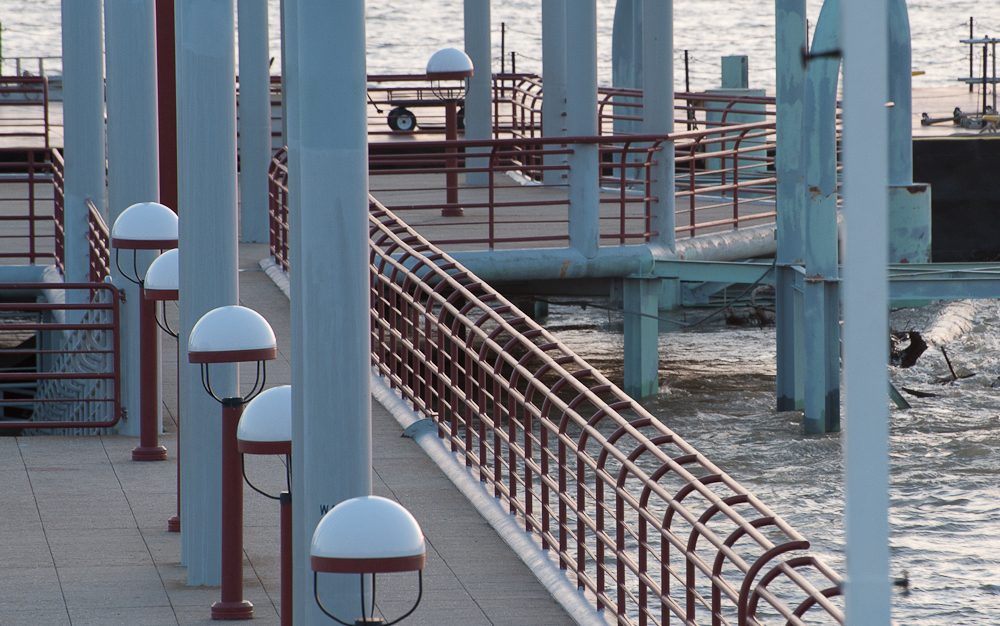 This picture was taken downtown New Orleans on 15 May. Look at the water level in relation to the walkway on the top of the levee. As with Baton Rouge, there is very little freeboard. The river is about 17 feet in this picture, and was originally projected to crest at 19 feet. 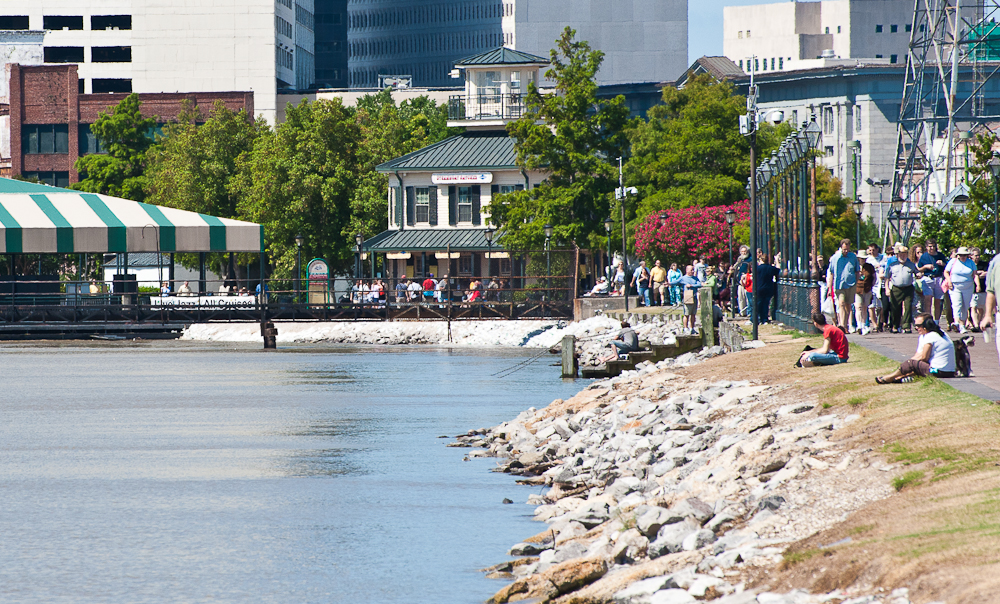 ← Playing Politics with Morganza?
Morganza – too late, still too little? →