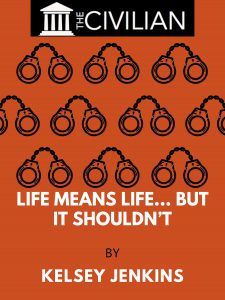 On January 16, 2020 the Louisiana Parole Project welcomed home its 100th client since the organization’s conception in 2017. On February 27 and 28, its most recent clients were retrieved from their respective institutions. What these clients, and most of the Parole Project’s clients, have in common is that they were all sentenced to life, and many of them were originally sentenced to life without parole as juveniles. Due to a pair of Supreme Court cases and a governor invested in criminal justice reform, juvenile “lifers” in Louisiana are now given their chance to prove their rehabilitation and low risk of recidivism before a panel of three parole board members who must unanimously vote for the offender’s release in order for parole to be granted. Worth noting is that the Louisiana Parole Project rightfully boasts a “100% success rate,” meaning that none of the 100+ clients they have represented and supported have reoffended.

The logic behind abolishing juvenile life without parole is that juveniles are more capable of changed behavior and rehabilitation, and the success of the Parole Project reflects this. However, an individual’s capacity for change does not cease on their 18th birthday. Yet thousands of offenders in the United States are sentenced to life without parole, life with parole, and “virtual” life (50 years or more), and many of these sentences are for non-homicidal and non-violent crimes.

The United States is alone among civilized nations in such widespread use of long-term incarceration, which is ineffective and somewhat counterproductive in crime-reduction purposes. Proponents of life sentences believe in its deterrent effect, yet many studies show that it is the certainty of punishment, not the severity thereof that actually deters would-be offenders. After all, most laypeople don’t know the minimum sentence for every crime, and if they believe they will never be caught or convicted, those sentences don’t matter anyway.

Life sentences also perpetuate mass-incarceration which places a huge financial burden on states. The Vera Institute of Justice estimates that the average cost of housing one inmate in Louisiana is $17,500 annually. But, the Parole Project estimates, that cost more than doubles to $38,000 when an inmate reaches the age of 65. Currently, juvenile lifers may apply for parole when they have, among other things, served at least 25 years. While juvenile lifers and a very small group of offenders called 40-year lifers are entitled to a parole hearing, it is not guaranteed that parole will be granted, nor are they entitled to subsequent hearings. These requirements and restrictions mean that parole-eligible lifers are close to 40 years old, but usually older, when they are released. They essentially grow up in prison and miss out on many milestones in their lives and the lives of their loved ones. Their physical health and medical conditions that come with old age limit the length of time they will be able to work after release, if at all. But because, for the vast majority of individuals who receive a life sentence, “life means life,” it is the state who must foot the bill for increased medical care, ultimately including hospice care.

Lastly, offenders sentenced to life are not given the same opportunities as offenders with shorter sentences. These opportunities include job training, GED courses and other educational programs, and rehabilitative programs, such as anger management, substance abuse, and victim awareness. So when their long-awaited parole hearing date arrives, lifers are often deemed unfit for release.

The solution is simple, but radical: abolish life sentences. Implement in their place sentences of 15-20 years with evaluations of rehabilitation and risk of recidivism occurring earlier and more frequently. These evaluations will resolve the concern of many who oppose this position: offenders who continue to be a risk to society will remain incarcerated. Shorter incarceration terms will save states millions of dollars in taxpayer money, which could be rerouted to crime-prevention social policies, such as job training, school dropout prevention, and safe afterschool programs. Offenders will be able to contribute to society by working and paying taxes. Most importantly though, offenders who have committed and been rehabilitated for often horrendous crimes are able to give back to the community they have harmed through community service and involvement.