Halloween is a time of frivolity and excess. It’s truly one of the last good excuses we have left for assembling embarrassing outfits and sporting them in public (unless of course you have fallen victim to the trend of lamp-shading… but I digress.) If you’re at all like me, you’ve also starting maniacally planning how you’re going to embarrass your dog this Halloween with a costume for all the Baton Rouge dog-friendly Halloween events. You can take your dog to the “Trick & Treat” doggy costume contest at the Raising Cane’s Dog Park (October 21st from 6-8 PM) or even just bring him out for a casual trip to The Bulldog. Either way, the sight of dogs wearing costumes is a win and a delight for all.

We’re all aware that dogs are not permitted on campus here at LSU Law (#PoopGate2016), so you can’t bring your pooch to class in his costume. However, it occurred to me while researching ideas for my puppy’s costume that just because we can’t bring the dogs to PMH, that doesn’t mean we can’t bring PMH to the dogs! If you want to pay homage to your favorite professors this Halloween season, consider dressing up your pup in one of the following prof-inspired costumes:

If your pooch has a certain je ne sais quoi, and his or her sass rivals the gallant airs of the French, take some inspiration from PMH’s most ardent Civilian, Professor Alain Levasseur. Poodles can rock this look especially well, but it’s quite simple and chic – all you need is a suit, a well-quaffed hair-do and a French flag to wave triumphantly. 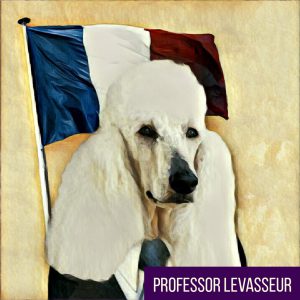 If your canine is a staunch rule follower, he or she may have the chops to portray Professor Gregory Smith. This is also an easy costume to assemble – just print out a couple “No Alcohol Allowed” and “No Dogs Allowed” signs and parade those around in a reserved manner. This costume is only fit for a dog with a dry sense of humor. If you have a cat in need of a costume as well, a Prof. Smith/George “the Cat” Pelloquin group costume is also an option. 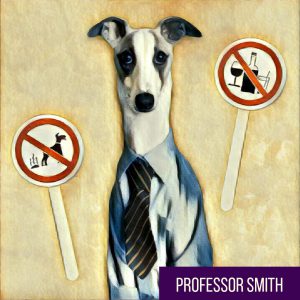 This costume is perfect for the dog whose bark bears a striking resemblance to the lilting tenor of Tom Hanks’ voice. All that is required to impersonate Professor John Church is a casual suit, a paper cup containing a mysterious substance, and a confident swagger. 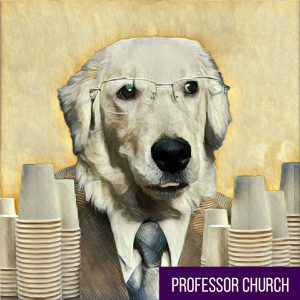 If your pup has lustrous locks that give him a“Prince-Caspian-esque” majestic aura, he or she may have what it takes to portray Professor Paul R. Baier. This costume is really designed for the doggy with a dramatic flair and the ability to stand up on his hind legs in court (literally). Your pup will need a pristine double-breasted suit complete with shiny ruff, ahem, cuff links, a copy of “The Pocket Constitutionalist,” a portrait of Fredrick Bernays Wiener, and a “Reserved for Justice Scalia” nameplate. 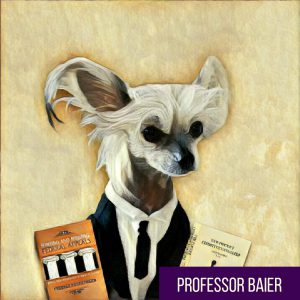 Does your dog have an impressive beard, a deceptively jolly demeanor, and a nose with a knack for sniffing out fear? It sounds like your pooch has what it takes to impersonate the king of the Socratic method, Professor John Devlin. The costume requires a button-down shirt with rolled up sleeves, a tie, and a “Right Result?” speech bubble sign. 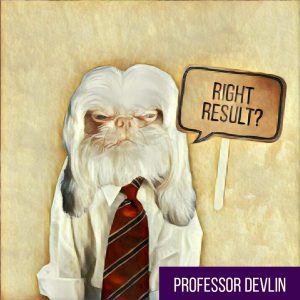