For most students at LSU Law, the last few days before the start of term are reserved for relaxation and preparation. By Thursday, August 11th, many students were only just approaching the jarring realization that textbooks had to be purchased and school supplies procured. While his classmates were making final arrangements to start school on the following Monday, Travis Simmons, 3L, was watching the news. 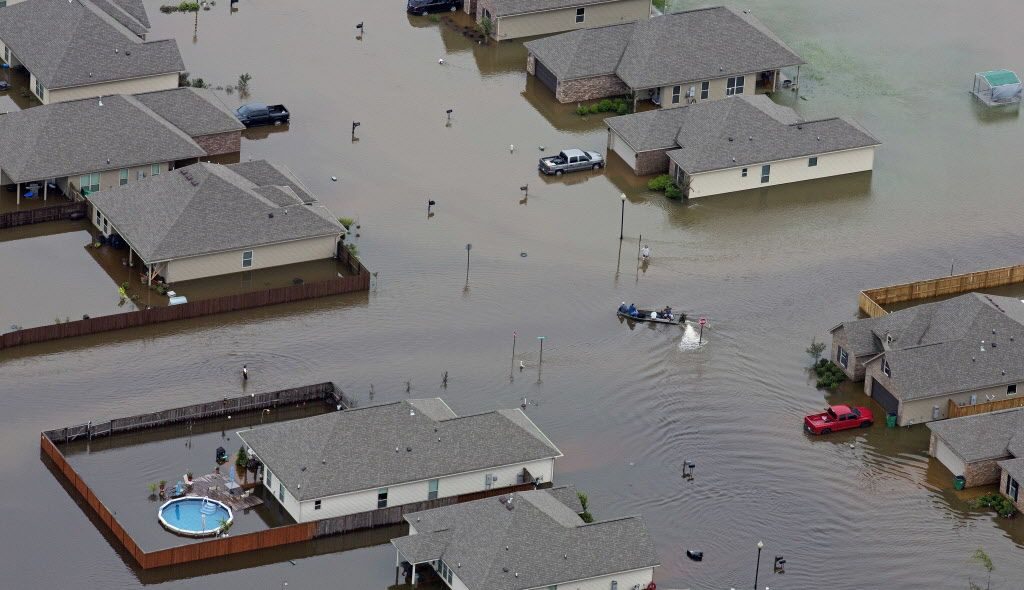 A few weeks after the flood, we’ve all seen the news footage and done our part to alleviate some of the destruction that the Storm That Must Not Be Named has left in its wake. On that Thursday, however, Travis says that he and his family were hopeful. “During the 1983 flood, the river was around 41 feet and it only got to the threshold of our house,” Simmons recounted. That attitude, shared by many Louisianians in the area, quickly turned to horror as the waters continued to rise. “Just from the rainfall in the beginning of the storm, there was about six inches in our house.”

Travis and his girlfriend, 3L Samantha Babin, spent Thursday night braving the flooded streets to rescue his mother from his childhood home. His father insisted on staying to try to put their belongings on higher ground. They returned to get him out on Friday before 6 a.m. Travis shared that he spent thirty minutes in his home on Friday morning before the water got so high they were in danger of not making it out. “Driving out was tough,” he said. “We had to go slow and be careful not to get stuck or fall into a ditch. Everyone was yelling to stop because the waves from the truck were pushing more water into their houses. The on-ramp to the interstate was almost completely flooded. The hood of my truck was almost fully submerged but it got us out of there.”

Travis and his family were glued to local news stations for the next few hours and they watched as coverage showed the water continue to rise until the interstate ramp they’d been on was entirely submerged. Travis said they spent the afternoon texting friends and family and checking on neighbors who were still trying to wait out the rain. They listened to police scanners for updates and learned that the current running through their neighborhood had frustrated rescue efforts. Differing reports of the scope of the damage continued to roll in and Travis says that “being in limbo was the worst part.”

Travis’s neighborhood was one of the first to flood and one of the last to drain. When the water finally receded, Travis and his family prepared to survey the damage. The night before they returned to their home, Travis received a text from a friend at the Law Center. “Chris Ortte texted me that he had a couple guys who wanted to help. I thought he was talking like three or four people.” He recounted how he and his family started working on their home around six that morning. “Around one in the afternoon, everyone, including myself, was just worn out. I heard my mom yelling that my friends were here. I went outside and it was like the cavalry had been called in!”

Eleven LSU Law students arrived at Travis’s home to aid the Simmons family as they moved their belongings to the street. Travis shared how his friends “turned around and attacked” the task ahead of them. “It was a mass exodus of everything inside the house and they did it in about forty-five minutes.” Travis said that he was “blown away” by his friends and by the community. More important than the manual labor, however, was the time that they spent afterwards sharing a beer with Travis’s family and having a “much needed laugh.” “What they did was nothing short of astonishing. My parents didn’t stop talking about them or telling others about their help for days and days.”

According to Travis, he is humbled by the experience and by the response of the LSU Law community. “I am overwhelmingly proud to be part of this class and this law school. Seeing the support around school between faculty and students was very helpful and much-needed.” Despite staggering personal loss, Travis says that this experience brought out the best in everyone. “If it weren’t for my classmates, we wouldn’t be so far ahead in the rebuilding process. The only reason we have contractors in my house right now is because of the work the LSU Law students did. These students played a major role in providing a new home to my parents and I will forever be grateful for that.”