Adam Pally and Sarah Burns star as the adorably sad Jeff and Anne. Jeff is a meek, furthest-thing-from-hip guidance counselor. Anne is an equally modest and painfully pitiable librarian. They happen to be nerdy best friends and colleagues at a typical high school and live in an equally typical town. The main issue is that both desperately desire to be cool and confident, two qualities neither possess.

Both are facing the post-twenties meltdown: they’re no longer “young and reckless,” and they feel they’ve missed the opportunity to find themselves by being too focused on their careers. Neither has made any risky choice or “bad” decision, and both are feeling the consequences of being a responsible adult too soon in their lives. Both are incredibly passive and utterly infantile in their emotional and personal maturity despite having their life on track on paper. They are amazingly unaware of how to date in the modern world; they’re hopeless brainy romantics who can’t relate to casual dating when all they’ve been waiting for is their Mr. Darcy or Princess Peach. While there is nothing wrong with awaiting a dream, both Jeff and Anne have been living something close to a nightmare without even noticing. Despite the seemingly negative stance I appear to be taking on their plight, I closely associate and relate with the pain they experience from a forced, expedited growing up they must undergo. In my own experiences, it’s been called law school.

Their self-journey is critical to the plot, and it ends up being a darkly, hilarious take on the lowest point we’ve all found ourselves in at some point or another. Anne’s desperation and naiveté are touching. Her lacking sense of reality is understandable, especially one that is rooted in her conflicting emotional and physical needs. Jeff is a little dough boy who doesn’t realize that just because his version of being a man isn’t going to be featured on GQ, his charm in rooted in honesty and sincerity, something modern “men” often forget are the most romantic qualities of all.

Its “ugly-duckling-to-swan” message is one we can all learn from. After all, the most important relationship we have in our lives is the one we have with ourselves, and this film captures the never-ending self-journey we’ve all taken at some point in the past or yet to take in our futures.  Don’t let your insecurities get the best of you! You’re more than enough for yourself and the right people you choose to surround yourself with in your life.

Where to Watch: Featured on Netflix 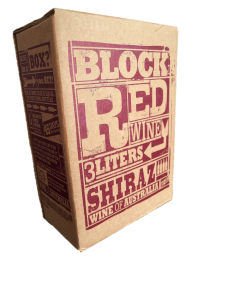 I can honestly say this is the best box wine I’ve had in recent years. It lasts forever and is only $10.99 for 3 LITERS of wine, yes 3 LITERS (4 bottles approx.). Now, it’s not going to win any awards any time soon, but seriously, it’s decent red wine that tastes….red. Order some pizza and you’ve got yourself the perfect makings for a Netflix-and-Chill night, regardless if you’ve got a Valentine