As the Paul M. Hebert Law Center’s academic year fades from fall into spring, its direction and leadership for presumably the next several years is now being determined.  Specifically, a new administrative head of the Law Center will be appointed before the end of the spring semester.  The deanship is a new position created in the wake of the campus reorganization that saw the Law Center merged back into the main campus; it had been an autonomous institution with its own chancellor until 2015.

The new dean will face a number of challenges immediately upon assuming office.  First, the ongoing budget crises that have plagued Louisiana higher education for the past several years will continue to affect the Law Center, albeit indirectly as a result of any cuts to the Louisiana State University system’s budget.  Second, the new dean will need to grapple with recent faculty resolutions regarding diversity matters.  Finally, the overall direction of the Law Center and its educational program looms large, as the civil and comparative law portion of the law degree becomes optional, and the balance between producing practice-ready attorneys trained by experienced practitioners and legal researchers trained by highly skilled scholars must be reset.  Related to this last issue is the need to maintain a relatively high first time bar passage rate and exceptionally high employment figures for recent graduates.

Thomas Galligan, one of the two remaining candidates for the position of dean, graduated from what is now the Seattle University School of Law in 1981 as the valedictorian of his class.  Additionally, Mr. Galligan holds a Master of Laws (LL.M.) degree from Columbia University Law School in New York, and an undergraduate degree with a major in political science from Stanford University in California.  After graduating from law school, Mr. Galligan practiced in the field of tort law as an associate with the Seattle firm Lane Powell Moss & Miller for five years before joining the faculty of the Paul M. Hebert Law Center in 1986.  During his time at LSU, Mr. Galligan taught a number of courses, led the Summer in France Program in 1990, consulted on a number of tort law and tort law reform issues, contributed columns to The Trial Brief, and helped to plan and coordinate continuing education programs for Louisiana judges as executive director of the Louisiana Judicial College.  Additionally, many current students and recent graduates will recognize Mr. Galligan’s name as co-author of a number of tort law textbooks, chiefly co-authoring these books and a number of articles with Professors Frank Maraist and John Church.  A number of Mr. Galligan’s articles have been awarded prizes for outstanding scholarship, and his scholarship has been cited by the Louisiana Supreme Court and the United States Supreme Court.  Since leaving LSU in 1998, Mr. Galligan has served as Dean of the University of Tennessee School of Law (until 2006) and is currently president of Colby-Sawyer College, a small liberal arts college in New Hampshire. 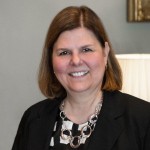 Cynthia Fountaine, the other remaining candidate for the position of dean, earned her law degree from the University of Southern California’s Gould School of Law, graduating in the class of 1988 and serving as publications editor for the Southern California Law Review.  Prior to law school, Ms. Fountaine earned a bachelor of science degree majoring in business from the Indiana University Bloomington’s Kelley School of Business.  After law school, Ms. Fountaine earned admission to the bar in the state of California, where she practiced law as an associate at the Los Angeles firm O’Melveney & Myers for four years before joining the faculty of the University of Cincinnati School of Law, where she served as a legal writing and professional responsibility instructor from 1992 until 1997.  Then, she accepted a position as associate professor of law at what is now the Texas A&M University School of Law where she remained until 2010, including serving for two years as interim dean of the law school.  During her time at Texas A&M, Ms. Fountaine participated in a number of overseas comparative law education programs, serving as an instructor in Australia, Germany, and Jordan, and acting as coordinator and instructor in a comparative law instruction program via Skype with law students at Udmurt State University in Russia.  Additionally, Ms. Fountaine served as a Fulbright Senior Scholar at Universität Bayreuth Faculty of Law, Business & Economics, teaching United States constitutional law and United States common law from 2009 until 2010, and as Fulbright International Administrators Program in France last year.  Since 2010, Ms. Fountaine has served as Dean of the Southern Illinois University School of Law.  She has authored numerous articles on comparative law and professional responsibility, including an appraisal of Atticus Finch as the model of a heroic lawyer.

Both candidates have a wealth of experience as instructors and administrators in the law school environment, although a cursory review of Thomas Galligan’s curriculum vitae shows significantly different interests from those found in Cynthia Fountaine’s.  Mr. Galligan is a tort law specialist, with two decades of experience teaching and authoring articles and textbooks on a wide range of tort law subfields including admiralty law.  Ms. Fountaine is a comparative law specialist, with much experience in instruction and scholarship in diverse overseas legal environments, and a background in legal writing and constitutional law.  Mr. Galligan and Ms. Fountaine both possess experience as a law school dean and both have spent much time in the classroom as instructors.  Students and faculty will have an opportunity to hear from both candidates in open forums before a final decision is made.  Mr. Galligan will be on campus on Tuesday, January 26 from 3:30 until 4:30 p.m., while Ms. Fountaine will be on campus on Thursday, January 28 from 3:30 until 4:30 p.m.  Both candidates’ open forum appearances will be in the Law Center Auditorium.