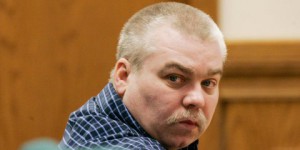 The tension between factual innocence and legal guilt is where Netflix’s Making a Murderer builds its home. Laura Ricciardi and Moira Demos, the filmmakers, spent ten years following the case to make their documentary and it’s clear fairly early on what they believe actually occurred in the case of Steven Avery, a Wisconsin man on trial for the murder of a photographer named Teresa Halbach. What caught the filmmakers attention is the hook of the whole documentary. Before going to trial for the murder of Halbach, Avery had been exonerated by DNA evidence after spending eighteen years in jail for a violent rape that he didn’t commit.

Factually, the legal case against Avery is sound. Avery’s DNA is found in Halbach’s vehicle, which is parked on Avery’s family property. The key to the vehicle is found in Avery’s trailer and Halbach’s bones are found in Avery’s burn pit.  To bolster the case beyond anything approaching reasonable doubt, Avery’s nephew also confesses to investigators his participation in Halbach’s rape and murder. These things occurred and were discovered as the result of a criminal investigation into Avery by sworn law enforcement officers, presumably acting within the scope of their duties, is not disputed by either party. Individually, any of these facts would be incriminating. Taken together, they make it all but certain Avery is factually guilty of Halbach’s murder, except Avery may not be.

At the time of his arrest, Avery had a pending suit against Manitowoc County, whose Sherriff’s Department played a key role in Avery’s conviction for the rape he didn’t commit and was exonerated. Deposition testimony of key Sherriff’s department personnel make it apparent that, at the very least, the investigation, prosecution, and conviction of Avery for the rape was the result of tunnel vision by Manitowoc County prosecutors and sheriff deputies. At worst, the filmmakers imply, it was the result of a conspiracy. The total damages Avery was asking for exceeded 40 million dollars and, according to the documentary, there was a fair chance Avery was going to get it.

Avery’s defense team brings to light a fair amount of material information that point towards Avery’s factual innocence. Avery’s DNA in Halbach’s vehicle was the result of a blood smear, and Manitowoc Deputies had Avery’s blood in a vial which had a puncture hole in the top, indicating that blood could’ve been withdrawn. Halbach’s bones were also located in a second location, off of Avery’s property, and at least one forensic expert testified that the bone fragments showed signs of movement. Finally, the key found on Avery’s property was only found by two Manitowoc sheriff’s employees, both of whom were the primary players in Avery’s suit against Manitowoc County.

The defense does an admirable job of presenting the evidence despite the challenges faced and it is these challenges that the series ultimately concerns itself with.

The first is that all material evidence is presumptively admissible. A bedrock of evidence law, this presumption exists because the legal system believes that a jury of twelve, acting as a trier of fact, is the best arbiter of what actually occurred. This is an unshakeable foundation of the criminal justice system which means that when there is doubt about the admissibility of the evidence gathered against a defendant, it will, all other things being equal, be used by the prosecution against him. The jury, as addressed below, is expected to be able to shift through the competing narratives and determine the veracity of the evidence and the ultimate factual truth.

The second major presumption Making a Murderer addresses is the idea that a trial, in the American adversarial system, can accurately forge the factual truth in the furnace, that is a courtroom, and then render a legal verdict aligned with that reality. Regardless of Avery’s guilt or innocence, legally, no mistake was committed by the judge, prosecution, or defense in Steven Avery’s trial. Every amount of substantive and procedural due process, once the jury was empaneled, that is due a defendant in our criminal justice system was accorded. Certainly, no violation occurred by any of those parties that, as of the public’s current knowledge of the case, constitutes reversible error.

← Cheers to you, Cheney Joe
Jogging for Cheney Joe →