The Babadook
Written and Directed by Jennifer Kent 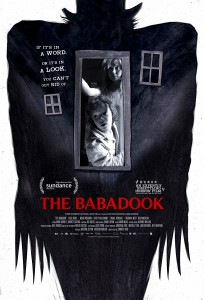 Kent’s The Babadook is the perfect addition to a Halloween Eve whether you’re braving the Horror section on Netflix alone or with your latest “Netflix-and-Chill” buddy. With its perfect balance of good ole’ fashioned scares and the things that go bump in the night, you’re in for a spook-tacular ride!
Essie Davis stars as Amelia, a mourning widow and single mother to Samuel, played by Noah Wiseman. Amelia’s past has been riddled with trauma: the love of her life died tragically on the way to the hospital for Samuel’s birth, she’s raised Sam alone with little help from her less-than-understanding sister, and Samuel has been anything but an angelic child. Samuel is plagued by constant fear and nightmares and often settles into fits close to madness. Wiseman’s skills are impressive for his age, but his performance borders on being obnoxious and trite at times.
Essie Davis is a star in and of herself, and her skills vastly exceed the sometimes shallow writing of the script. The film succeeds on several levels with her help and simple, good scare tactics. The “boogey-man” is a tale older than time, and even though I’m no longer a child, I still had to make sure my closet door was sealed shut before attempting to sleep after watching this film.
Be prepared for modest special effects, terrifying mind games, and the chilling effects of a mother and lover’s grief unresolved. While this film might not be as terrifying as UCC 2207 with the Rath, it’s definitely worth the hour and a half I know you won’t be spending on Contracts on October 31st. Stay safe, stay sane, and keep on keepin’ on, PMH. Happy HaLAWeen! 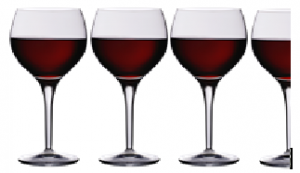 Finally, Phantom has reappeared for the Halloween Season! Bogle’s spectacular spirit of rich berry and robust spice returns for another round of chilly nights and cozy bonfires. This shadowy wine will haunt you well after the last sip. Notes of blood red cherry and black pepper seduce you, while hints of brawny juniper, rich blackberry and briary boysenberry burn in the undernotes. Luscious in mouthfeel, this bottle features the perfect blend of Petite Sirah, Zinfandel, Cabernet Sauvignon and Mourvedre. Spicy vanilla and toasted coconut conduct the steady tannins. Definitely catch it before it disappears! This wine can be found at Bet-R and Trader Joe’s for around $10- $13.