The HaLAWeen party is not one to be missed; however, party-goers should be warned that not everything is truly how it seems at this annual hullabaloo. I can still recall an eerie encounter I experienced my 1L year. After walking into the party and making my way though the many costumed people, I was able to find a spot to stand at the bar. The entire venue was packed from wall to wall so ordering a drink was obviously going to be an ordeal, but I didn’t mind the wait. I mean, seriously, who doesn’t pre-game for the HaLAWeen party? Regardless, I was enjoying scoping out all of the different costumes that these young professionals had managed to put together. 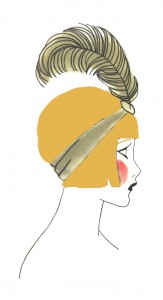 After about five minutes of waiting, I was approached by a bartender that I had never noticed before. “What will it be for you, sonny boy?” he fired at me with a sharp inflection. Before I could answer, a slight chill ran down my neck and a young lady slid up next to be at the bar with her body facing me and her eyes on the bartender. “If he is any kind of man, then he’ll be drinking whiskey, Mac,” she said. The girl was gorgeous, timeless even. She had shorter blonde hair curled up in thick ringlets held in place with a headband and two tall feathers. Her tight, black, sequined dress sparkled when the light hit her hips. The most captivating thing had to be that long string of peals that she kept spinning around her right index finger.
“Yeah, I think she’s right, Mac. I’ll have a whiskey and rocks, and whatever the girl is havin-”
“Highball, Mac. You know how I like it,” she interrupted as if she had known for years what I was going to say. “Coming right up!” Mac said as he turned around and picked up a dusty bottle of whiskey. I turned to the girl and started to say, “So what do they call-,” when she butted in, “Rosey. The name is Rosey.” Curious to learn more I asked her, “How long have you been in school, Rosey?” She let out a small laugh, looked at me with forced doe eyes, and whispered “Oh, I have been hanging around here for years.” Attempting to be friendly, I told her that I liked her costume and asked her if she was going for a “flapper girl” look.
“Flapper girl! You have some real nerve asking a question like that. I am just a lady out for the evening.” Right at that moment Mac showed back up with the drinks. “Well, it looks like Mac saved you on this one,” she offered with a sly eye. 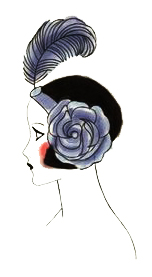 “Is the boy getting fresh, Rosey?” Mac asked with a hint of sarcasm. Rosey offered another subtle laugh and told Mac, “Well, he’s got some moxie, that’s for sure. But I don’t think that he will be causing any trouble.” She then turned to me, slowly winked, and took a sip of her highball through the long straw in the glass.
We continued to talk and throw back whiskey for what felt like hours. She was one hell of a conversationalist, and loved to bob and twist to the music. Every time I made a snarky comment she would hit the top of my hand with her pearls. After a while, I excused myself to use the restroom and promised her that I would be right back. She just smiled at me and said, “Oh, don’t worry. I have an eternity.” However, when I came back neither her nor her highball where anywhere to be found. I made a lap around the bar to look for her, but I caught no sight.
I pushed my way back up to the bar to close my tab. I looked for Mac but he wasn’t behind the bar anymore so I talked to a different bartender. When the bartender brought me the tab, there was something amiss. He had only charged me for the whiskeys that I had and not a single highball. I asked him if Rosey had paid for her drinks and he looked confused. “What are you talking about, kid?” I told him that I was talking about the girl that was standing next to me the whole night, but he swore that he hadn’t noticed any girl. “Well, just ask Mac. He was the one making our drinks for the evening.” To which he just laughed and asked, “Who the hell is named ‘Mac’ these days?”
Feeling slightly defeated, I just signed my check and walked out of the bar. To this day I have yet to ever see Rosey again. Oddly enough, no one else ever remembers seeing her either. Maybe she had just wandered into the wrong party and having a little fun with me; or maybe her party just never ended.