(Above is audio of Annie’s interview with Prof. Baier.)

There comes a time during law school when one must venture into the unknown world of the fourth floor. Whether to meet with a professor in hopes of snagging a coveted old test or lay claim to a hidden study room, the first trip up the lobby elevator can induce feelings of anticipation and uncertainty. At first glance, the layout seems familiar to any academic institution. One will find a row of offices with doors propped open, some exuding a friendly invitation, others an “enter if you dare” appeal. A law professor is tucked away in each room, hidden behind heaping stacks of paperwork and a vast array of legal literature. Chatter between colleagues about a Socratic lecture gone awry can be heard down the hall. Stroll a little further and one will stumble upon an unexpected gem, the office LSU law students have coined, “Professor Baier’s Museum.” 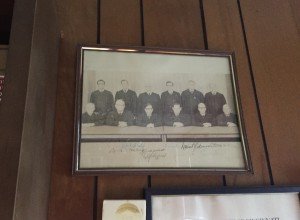 One of many treasures in the museum

Professor Paul R. Baier has surely earned his place in the folklore of LSU Law. After graduating cumlaude from Harvard Law School and teaching at University of Michigan Law School and University of Tennessee College of Law, Professor Baier joined the LSU Law faculty in 1972. The Judicial Fellows Commission selected Professor Baier to serve as the Supreme Court fellow from 1975-1976, a time in which he assisted Chief Justice Burger and acquired a keen knowledge of the history of the Court. He managed to find the time during his fellowship to script and narrate the first film ever made inside the Supreme Court, aptly entitled “Supreme Court.” Professor Baier’s passions for judicial history and playwriting coincided once again when he published, produced and directed Father Chief Justice: Edward Douglass White and the Constitution, a play that details the storied career of Justice E.D. White, the only Louisianian to serve as Chief Justice of the United States Supreme Court.

With such a myriad of interests, it comes as no surprise that Professor Baier boasts an extensive collection of treasures. Mementos are perched like exhibits in a museum, each nook of his office telling its own story of the past. The first stop on a tour of the “museum” includes a large self-portrait of Professor Baier painted by Jacob A. Stein, a noted Washington trial attorney who shared the stage with him in the Library of Congress production of Father Chief Justice. A walk through the west wing of his suite reveals pictures of Professor Baier standing with the likes of Justice Sandra Day O’Connor and Justice Antonin Scalia. In fact, Justice Scalia enjoys preferred seating, complete with a plush leather chair and a nameplate engraved “RESERVED FOR JUSTICE SCALIA” just in case he decides to pop by for a visit. 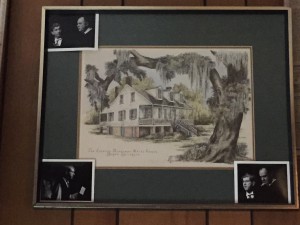 A variety of keepsakes adorn the walls but the clear focal point of the museum lies in the history of Justice White. While serving on the board of the E.D. White Home, Professor Baier hatched the idea to write a play about the Chief Justice in an effort to bring more awareness to his legacy. Pointing to a portrait of White aligned next to a sketch of his house in Thibodeaux, Professor Baier speaks about the accomplishments of the esteemed Louisiana native with great reverence. In the corner of the window sits a vase of dried red roses. Justice White picked a red rose for his wife every day on his walk home from the Supreme Court with his colleague and close friend, Justice Holmes. Although the pair fought on opposite sides during the Civil War, they later developed a strong bond while serving on the bench together. Professor Baier depicted their poetic friendship in several acts of Father Chief Justice. The dried roses on display were collected from the centerpieces used in live productions of Father Chief Justice and symbolize the successful run of the play, which has been produced for 15 years and counting. Professor Baier was kind enough to offer a gifted oration of Act Five while fulfilling his tour guide duties.
When asked about two framed pictures of Justice Black and Justice Frankfurter, Professor Baier scoffs at the fact that he scavenged them out of the basement of PMH where they sat unseen, collecting dust. A historical preservationist at heart, Professor Baier reads the inscription of Justice Black aloud which is addressed to the “future generations of LSU Law School.” “He wrote that for you!” he proclaims.

Entering the museum feels reminiscent to traveling back in time, acting as fervent reminder of the importance of memorializing those who came before us. Professor Baier stresses that his doors are always open and invites all students to stop by and explore. So, if you ever find yourself with free time between classes, take a trip to room 422 to discover the wonders of the museum and meet the living legend that is, Professor Baier. 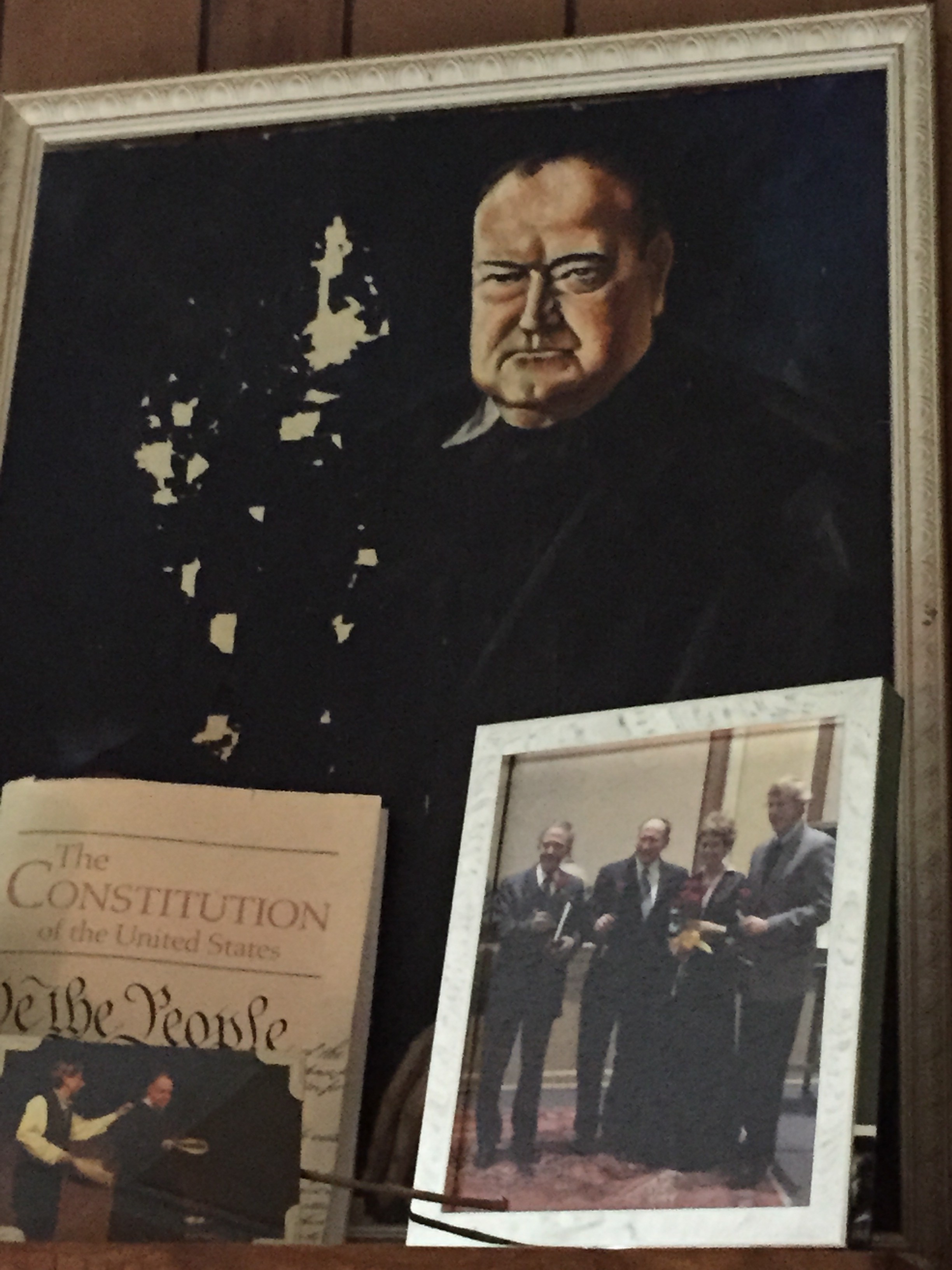 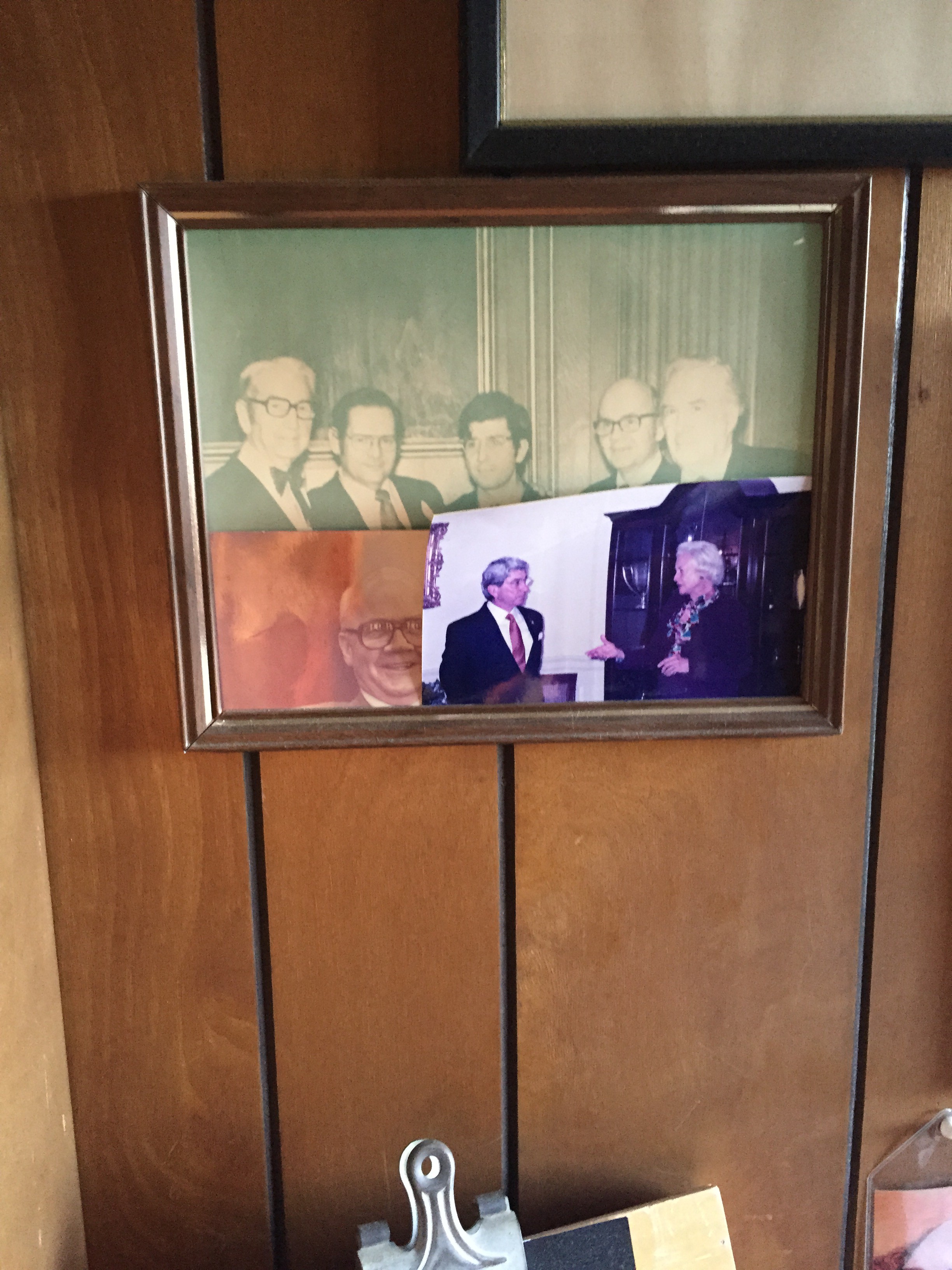 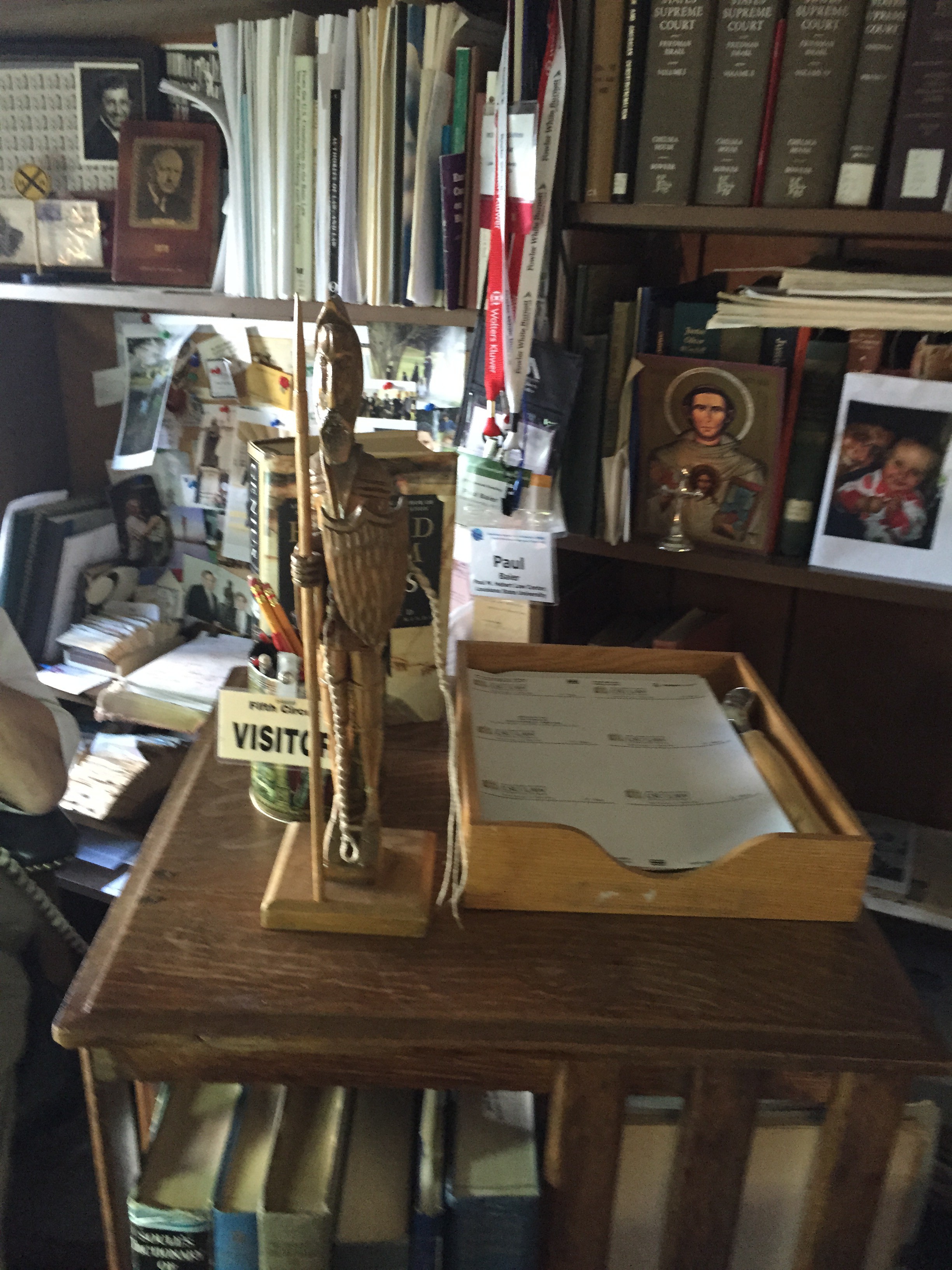 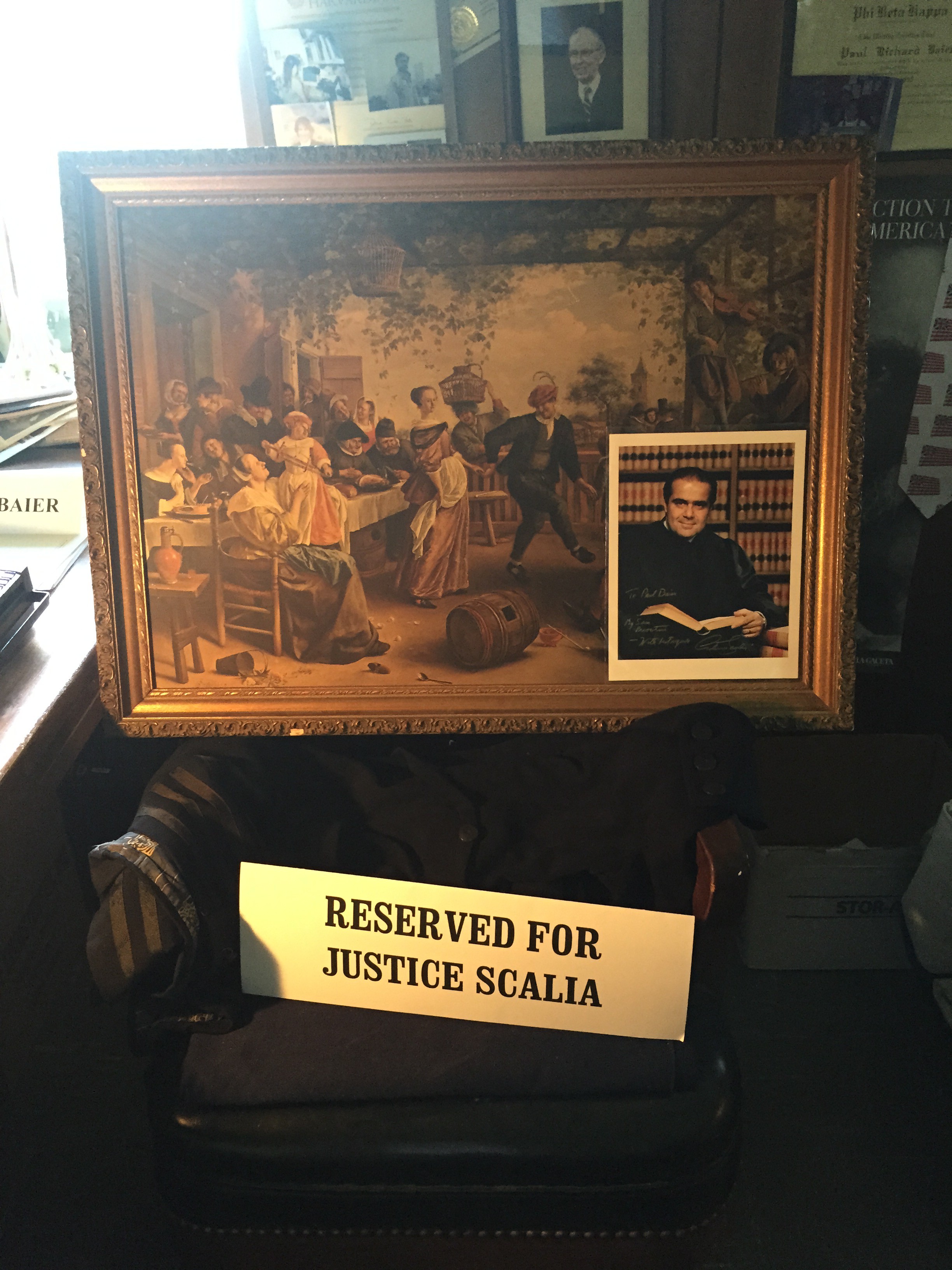