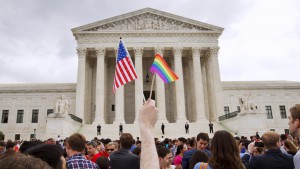 Stepping away from the above named cases, it is entirely appropriate to begin with a discussion of a local case that may have far-reaching consequences in criminal law. Brumfield v. Cain witnessed not so much a shift in the evidentiary standards for mental competence evaluations, but rather a solidification of those standards. Kevan Brumfield was convicted of murder in Louisiana, and his post-conviction appeal, while failing in state court, was upheld by Judge James Brady via a federal habeas petition. Although the United States Fifth Circuit Court of Appeals reversed Judge Brady’s holding that Brumfield was sufficiently mentally incompetent that his Eighth Amendment rights would be violated by sentencing him to death, the Supreme Court reversed the Court of Appeals’ holding and agreed with Judge Brady, vacating Brumfield’s sentence and remanding his case back to the district court level. Writing for the majority, Justice Sonia Sotomayor broadened the standard for federal review of habeas petitions. Specifically, Sotomayor ruled that federal habeas review, while necessarily showing some deference to state post-conviction hearings, should not be bound by the results of said hearings, especially if reasonable minds might disagree about the interpretation of factual claims or if those factual claims raise questions of reasonable doubt. Second, that the grounds for habeas petitions to federal courts are rather broader than previously thought; this necessarily a result of her first ruling.  Last, Justice Sotomayor affirmed that the Atkins v. Virginia defense, and, at the Louisiana state level, the State of Louisiana v. Williams defense, lightens the burden on a defendant seeking to challenge his sentence on mental capacity grounds. Sotomayor was particularly firm in noting that the defendant need not actually prove mental disability (or even show that such evidence would likely be forthcoming) to succeed in obtaining an evidentiary hearing to determine mental capacity. It would appear that the new, or at least newly affirmed, standard for mental competency hearings is that the defendant need only show reasonable doubt regarding their mental capacity to earn a post-conviction evidentiary hearing.

Returning now to the administrative law cases noted above, the Texas Housing case presents an interesting case for clarifying the evidentiary standard for proving discriminatory housing practices.  The thrust of the Inclusive Community Project’s complaint concerned structural and/or institutional racism expressed by the Texas Housing Authority via its allocation of low income housing credits.  Key to the Supreme Court’s holding, authored by Justice Anthony Kennedy, is the fact that plaintiffs need not prove intentional discrimination to successfully prosecute suits in Title VIII (Fair Housing Act) cases.  Justice Kennedy spoke very clearly on this point, noting that disparate impact is not the same as disparate treatment, in which a higher evidentiary burden must be reached. Disparate treatment is demonstrating that the defendant had the intent or motive to treat the plaintiff in a discriminatory fashion.  Disparate impact, rather, is now keyed to the result of policy decisions on minorities, regardless of intent.  This places a powerful weapon in the hands of civil rights lawyers, who in order to establish disparate impact claims need only show that there is an adverse impact on minority clients, that this impact was the direct result of the defendant’s policies, and that there is an available alternative policy. Problematically, however, stripping intent away from the process of showing discrimination may potentially create situations where defendants are successfully sued who neither intended to discriminate nor were even aware that their decision would result in adverse effects on minorities.  In criminal law terms, there is no mens rea requirement, which critics might charge creates a situation in which a person unknowingly and, indeed, unwillingly violates the Civil Rights Act.  More cases will likely be needed to further clarify this issue.

Finally, in Michigan v. Environmental Protection Agency, the Supreme Court fundamentally altered its approach to administrative agencies and their regulatory authority.  State and regulatory groups, objecting to the EPA’s interpretation of clean air standards for power plants, filed suit challenging the EPA’s method of determining those regulations.  Specifically, the plaintiffs objected to the EPA’s devising of regulatory standards without consideration of their costs.  The EPA pointed to certain provisions of the Clean Air Act that explicitly mention that cost must be taken into account when devising regulatory guidelines, and to certain provisions that explicitly deny the use of cost as a relevant factor when developing environmental standards; in this case, cost is not mentioned one way or the other.  The EPA’s argument also noted that cost might be a factor that would be considered at a later point in the regulatory development process.  The majority did not accept the EPA’s arguments, as Justice Antonin Scalia noted in the Court’s opinion.  For Scalia, the key points of the law under consideration were, first, the fact that the Clean Air Act contains a separate set of guidelines for power plants that, in the majority’s opinion, exclude power plants from the main portion of the Act’s explicit instruction not to take cost into account when deciding whether to regulate or not. Second, that the prior case law on this subject, Chevron USA v. Natural Resources Defense Council was overbroad in showing deference to administrative agencies. Indeed, the most far-reaching aspect of Michigan v. EPA may be that Chevron deference, the doctrine that in the absence of clearly expressed legislative intent, the interpretation of statute suggested by a regulatory agency should be shown considerable deference by courts, will no longer be shown to administrative agencies.  In other words, activist courts may choose to more openly question statutory interpretations made by government agencies, or, at the minimum, make the process that an agency uses to interpret statutes more transparent in that they will have to explicitly state and defend their reasoning.

Statistical data provided by SCOTUSBLOG on key decision-making trends remains one of the most interesting aspects about the October 2014 term. While previously it has been the received wisdom that the Supreme Court is composed of a liberal wing of four justices and a conservative wing of four justices with the ever-unpredictable Justice Kennedy as the swing vote, it now seems that this is no longer the case, if it ever was.  A cursory examination of the sixty-six decisions handed down by the court shows the conservative justices in agreement or concurrence with each other seventy to eighty percent of the time, while the liberal justices were in agreement or concurrence with each other over ninety percent of the time.  Justice Kennedy was in agreement or concurrence with conservatives sixty to seventy percent of the time, while being in agreement or concurrence with the liberal wing over eighty percent of the time; of note here is that Kennedy’s vote with the liberal wing tends more often than not to be with the young liberals Justices Kagan and Sotomayor, not the established liberals of the 1990’s, Justices Breyer and Ginsburg.  This shows a clear shift toward the more liberal wing of the court for Justice Kennedy, although curiously, his legal reasoning may have more in common with newer legal philosophies embraced by younger justices (this is true in his agreements with the conservatives, as well, given that he agreed with Chief Justice Roberts and Justice Alito more often than with Justices Scalia and Thomas).  What court-watchers will make of these interesting statistics is difficult to know, but it would seem that there is at least some indication that the Court is now liberal-leaning after years of conservative dominance.